Depression and Failure Among Iran’s Authorities After Soleimani’s Death

Iran’s Miners Risk Death Due to Lack of Work Safety

Khamenei’s Lie About the Statistics of Child Labor in Iran

Khamenei’s Roadmap for a Hezbollah-Style Government At a time when all had their eyes on Baghdad to be freed from Maliki’s government and while all were awaiting the emancipation of Sunnis in Baghdad, Diyala, Basra, north of Babel, and in the other provinces from massacre and forced migration by sectarian militias, a group called ISIS, in its fight with Maliki’s army and the sectarian militias, has turned around and is now pointing its guns at the Kurdistan Province which has become the sanctuary and safe haven for immigrants from revolutionary provinces. We have been unable to find any explanation for this. NCRI - In August 2013, twenty-four years after serving as the representative of the Supreme Leader in the mullahs’ highest security organization, the Supreme Security Council, Hassan Rouhani took office as the President of the Iranian regime. 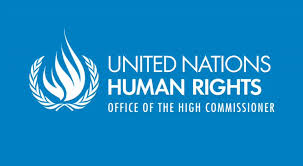 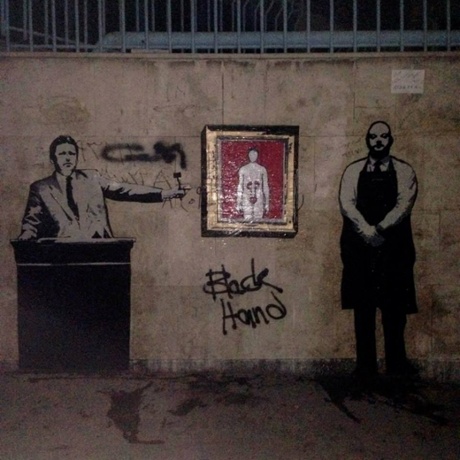 bioedge.org - The peak body overseeing Iran’s kidney trade is lobbying the government for tighter regulation on foreign nationals procuring kidney transplants. According to Mostafa Qasemi, the head of the Charity Association for the Support of Kidney Patients (CASKP), many foreigners are entering the country with false documentation and procuring transplants in from unscrupulous doctors.

Iran may halt marine fuel exports for at least a month 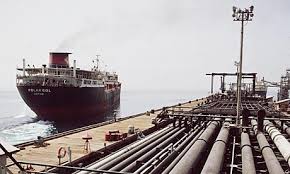 ·         Reuters - Exports of Iranian marine fuel oil have unexpectedly been halted for two weeks and will not resume for at least a month, a source at the National Iranian Oil Company (NIOC) said.

Iran critics certainly consider the regime’s involvement in foreign conflicts to be another reason why it cannot be trusted on the world stage in general, and particularly in nuclear negotiations. Some of these also point to signs of duplicity or intransigence in the negotiations themselves, with oil exports being one example.

Reuters reported on Wednesday that even though those exports fell to a lower level in July, the total numbers remained in excess of the monthly limit imposed and agreed upon under the Joint Plan of Action that initiated the ongoing nuclear talks. Nevertheless, Washington has virtually ignored this violation of the agreement, partly by claiming that the portion of the figures made up of condensates is allowable, and partly by disregarding oil exports to Syria as gifts rather than sales.

Meanwhile, there remains the question of illicit oil sales through such traditionally anti-Western partners as Russia. Reuters also reports that although the two nations have announced no concrete details, Russia and Iran have been discussing a deal that would allow Russia to barter for Iranian oil, thus circumventing sanctions enforcement.

One detail that had initially been provided about the deal was that it would involve Russia taking in about 500,000 barrels of oil per day – fully half of what is allowable under the Joint Plan of Action. In turn, Russia may help Iran in further violating Western sanctions by reselling Iranian oil without disclosing its origin.

While all of this remains up in the air, or at least secretive, it speaks to the fact that Russian interests have a significant potential impact on Iran’s future. Payvand News published an analysis on Wednesday of some of Russia’s motivations specifically with regard to the Iran nuclear talks and the future of Russian sales of fissile material to Iran for use in nuclear power reactors.

On one hand, Russia may be anxious about the prospect of losing this market for its domestically enriched uranium in the event that Iran is allowed to keep the capacity to enrich large quantities on its own, and this may lead Russia to act against a final agreement. On the other hand, doing so would almost certainly imperil other economic relations between the two countries, including the prospect of Russia building two new nuclear reactors for Iran.

It seems safe to say that which side Russia favors in the nuclear talks will have a lot to do with what economic prospects it expects from Iran after a final deal is signed. This includes expectations related to oil exports and oil-related barter.

After weeks of being detained in isolation with no facts made known about their case, there are finally some developments in the story of Jason Rezaian and Yegabeh Salehi, the husband and wife journalists who were arrested in July as part of an apparent Iranian crackdown on both domestic and foreign media.

While the whereabouts of the couple remains unknown, some details of the accusations against them have apparently been leaked to the press. Although the judiciary remains mum on the topic, state-affiliated news outlets have levied accusations of espionage against Rezaian, and have declared him guilty in absence of evidence. Some of these commentaries call for his deportation and some call for him to face the death penalty.

Some of these reports in Rezaian’s case also attempt to link him to a previous case that went unprosecuted – the arrest of six youths who starred in the “Happy in Iran” YouTube video, in which they danced to a popular American song. There is no evidence of a direct link between the two cases, but Rezaian is blamed for contributing to the early popularity of the video, before it came to the attention of the regime authorities.

Iran does not recognize dual citizenship. Deputy Foreign Minister Hassan Ghashghavi in a statement told the United States that Rezaian’s case is purely a matter for Iranian law. “We do not allow other countries to demand consular rights on behalf of Iranians,” he explained in comments carried by Reuters. He pointed out that Iran does not recognize Rezaian’s American citizenship.

Iran Is Testing the World’s Will With Its Centrifuges

On December 18, Iranian President Hassan Rouhani during his visit to Malaysia said that his country is running much faster and more advanced model centrifuges to enrich more uranium, all...
Read more

Iran will take the fourth step to scale down its undertakings under the 2015 nuclear deal with world powers by injecting gas into 1,044 centrifuges at Fordow fuel enrichment plant...
Read more

The Iranian Regime has recently started to arrest dissidents en-masse in Tehran and other cities, particularly released political prisoners and supporters of the People’s Mojahedin Organization of Iran (PMOI/MEK). On February 8,...
Read more

Executions in Iran in 2020 and the Names of Those Executed

While Human Rights Watch recently released its annual report on the deteriorating human rights situation in Iran under the rule of the Iranian Velayet-e-Faqih (clerical regime) in 2019, systematic violations...
Read more

Iraq Heads Toward Freedom and Independence

For the last four months, the Iraqi people have continued their struggle toward freedom from the Iran-backed governing system that brought nothing for Iraqis except corruption, bloodshed, and sectarianism. Iraq's...
Read more

After the deaths of the Iranian Revolutionary Guards (IRGC) Quds Force chief Qassem Soleimani and Iraqi militia leader Abu Mahdi al-Muhandis, the mullahs in Tehran have been desperately trying to paint these...
Read more

Since the beginning of October, the Iraqi people started a new round of demonstrations against the corrupt political system that takes its orders from the mullahs’ regime in Iran. Despite...
Read more

By INU Staff INU - President Hassan Rouhani won his second term last month. He was up against Ebrahim Raisi (the candidate preferred by Supreme Leader Khamenei). However, Rouhani’s election has...
Read more

Iranian President Hassan Rouhani is facing mounting pressure at home and abroad which, according to Reuters, may affect his ability to run the country. Reuters notes that Rouhani, who was re-elected...
Read more

Although many believed that Supreme Leader Ali Khamenei was preparing conservative cleric Ebrahim Raisi to be his heir by placing him in the presidency, the election results gave Hassan Rouhani...
Read more

Members of the Iranian Diaspora and supporters of the People’s Mojahedin Organization of Iran (PMOI/MEK), came together in several cities around the world over the weekend to take part in a...
Read more

A Brief Look at the MEK: Part 2: Political Platform

As the Iranian regime’s inevitable downfall emerges, with ever-increasing crises both home and abroad, we think it's important to look at the group that has been fighting the mullahs since...
Read more

On the eve of the Iranian regime’s anniversary, Iranians and their supporters across Iran, Europe, and North America staged a major anti-regime campaign in support of freedom in Iran. In Iran,...
Read more

Two women were executed in Shiraz and Mashhad last week, bringing the total number of women executed during the reign of supposed moderate Hassan Rouhani to 105. Many human rights organizations...
Read more

Iran: Women Have to Support More Than Three Million Families

In the past ten years, the number of Iranian single mothers has increased by 58 percent. This phenomenon is taking place while statistics show at least three million single mothers...
Read more

40% of Female Grads Unemployed in One Iranian Province

Almost 40% of all female graduates in one Iranian province are unemployed and looking for work. Leila Ajhir, Director General of Women and Family Affairs in Kurdistan, told the state-run Fars...
Read more

On December 8, the administration of Iranian President Hassan Rouhani published the 2020-2021 budget bill, triggering a new round of infighting among Iranian officials. Significantly, Rouhani’s allies and opponents agree that...
Read more

By Edward Carney On Tuesday, IranWire published an article that attached a dramatic figure to the closely-related issues of Iran’s escalating economic crisis and the corruption of entities in both the...
Read more

By INU Staff INU - Iraq has significantly reduced its imports from the Iranian Regime in the past month, according to an economic-focused newspaper published in Tehran. The report notes that part...
Read more

Iranian foreign minister Javad Zarif is expected to attend the Munich Security Conference on Friday, although he may well miss the event, as he did with the World Economic Forum...
Read more

US Steps Up Sanctions Pressure on Iran

Behzad Pourqanad, a smuggler of the Iranian government, has been sentenced to 46 months in prison for illegally exporting carbon fiber from the United States to Iran. In a statement Thursday,...
Read more

On Thursday morning, the office of a high-ranking, hardline Iranian cleric became the latest site of anti-government protests, according to the National Council of Resistance of Iran. The organization’s report noted...
Read more

The Rift Between Iran’s Regime and the People Widens

During recent months, Iran’s society has experienced an unprecedented acceleration in sociopolitical crises. These conditions put the regime in a tougher and tighter state. The fact is authorities are unable to...
Read more

Iran’s Regime Terrified by the Explosive Conditions of Society

Instead of presenting a solution to the crises surrounding Revolutionary Guards (IRGC) Qods Force chief Qassem Soleimani's death and the Ukrainian passenger plane which was hit by an IRGC missile,...
Read more