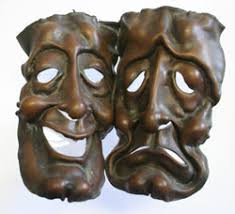 INU:The past few weeks have been monumental for the future of Iran.  On Sunday, August 4, 2013 Iran inaugurated their newly elected president, Hassan Rowhani. Throughout Western media outlets Rowhani has been depicted as a moderate selection, suggesting he will help establish a more democratic Iran.

Unfortunately, as we all know, the people of Iran do not get to enjoy the daily freedoms of a democratic country and any suggestion that Rowhani is a moderate is pitiful distraction fr om the truth.

Rowhani was thoroughly vetted and approved by Khamenei’s Guardian Council for the June 14, 2013 election as one who has proven his complete allegiance to the absolute rule of the Supreme Leader both in theory and practice.

If one doesn’t dismiss the well preached line that Rowhani is a moderate selection by the Iranian people, one certainly can dismiss this claim after seeing Rowhani’s selections for cabinet appointments.

Rowhani’s cabinet is riddled with senior officials fr om the Regime for the past three decades.  Most of these senior officials held roles directly involved in violence, suppression of human rights and export of terrorism.  Additionally, and not surprising not one appointee is a woman.

One of the most telling appointments is the Ministry of Justice selection, Mostafa Pour-Mohammadi.  For years Mohammadi worked as deputy to the Minister of Intelligence and during his time was the principal member of the three-man Death Committee that over saw the massacre of 30,000 political prisoners in 1988 in Iran.

The 1988 massacre was a ruthless display of violation of human rights in the most horrific fashion.  The overwhelming majority of these prisoners were political activists of the People’s Mojahedin Organization of Iran (PMOI/MEK).  Most of the victims had completed their prison terms and instead of being release were executed.

These mass executions were initiated in the final phases of the Iran-Iraq War, in which Ayatollah Khomeini felt defeat was imminent and decided to avenge the political prisoners.   He issued religious decrees ordering mass executions on anyone who had not repented and was not willing to collaborate with the Regime.

The massacre of 1988 is a painful memory for those that survived the horrific events.  It is even more painful for the survivors to now see Rowhani appointing cabinet members who had direct involvement with the mass executions.   Any hope that this year’s election would bring even an ounce of change for the people of Iran, is completely non-existent.    The councilors chosen to stand by Rowhani and provide top-notch advice display the brazen message of the Iranian Regime and they are here to stay.