When it comes to the efficient functioning of a modern economy, transparency and accountability are critical states to ensure that the wealth of a country is managed well to benefit the country’s entire population.

In the 2020 Corruption Perceptions Index (CPI) of Transparency International, Iran ranked 149th out of 180 countries, putting it at the higher end of the world’s most corrupt countries. The assessment of the CPI is done by experts on an annual basis to perceive how corrupt the public sectors are in each country.

Under Iran’s Supreme Leader, Ali Khamenei’s direct control, a host of state entities and organizations, including Astan Qods Razavi, a religious entity with stakes across Iran’s economy, are among the least transparent organizations in the country.

Astan Qods Razavi is tasked with managing the shrine of Imam Reza, the 8th Imam of Twelver Shias in Mashhad, and they also have a portfolio of businesses they manage. Khamenei, himself, exclusively owns the multi-billion-dollar Execution of Imam Khomeini’s Order Foundation, also known as the SETAD, which has commercial and real estate assets, while also controlling a charitable foundation. Khamenei’s wealth is estimated to be around $200 billion.

In the past year alone, many high-ranking Iranian officials, ministers, top judges, among others, have been convicted or implicated in cases of corruption. In February 2020, Iran was blacklisted by the intergovernmental Financial Action Task Force (FATF) for failing to approve legislation to bring Iran in line with banking transparency rules.

Many of Iran’s private companies have suddenly acquired high profits as the dollar has risen due to the skyrocketing inflation rates in the country, all the while Iran’s citizens are suffering from severe poverty due to the regime’s mismanagement and corruption of the economy.

The fact is that cases of corruption and looting of the Iranian people’s property and nepotism and comradeship in government positions are common. They are not limited to one administration and have become a common denominator of all administrations.

Another downfall when it comes to Iran’s lack of transparency is the regime’s financial and military support of terrorist groups across the Middle East, including the countries of Syria, Lebanon, Iraq, and Yemen.

In a bid to contain Iran’s influence across the region, the United States has sanctioned the regime’s network of terrorist proxy groups since 1984, but none of the sanctions have done anything to affect the network. In 2020, the U.S. State Department estimated that the regime had given the Lebanese group, Hezbollah $700 million a year, while historically, Palestinian groups, including Hamas and Palestinian Islamic Jihad, had received $100 million annually.

Corruption and nepotism are completed institutionalized when it comes to the regime. These factors, along with the inhumane repression of Iranian society are what binds the regime officials and leaders together in their desperate attempt to seize and hold onto power in an already fragile regime.

The government officials of the Iranian regime have had a habit of blaming others for the state of Iran’s economy but are yet to acknowledge their failings and misdeeds. The worsening economy is practically beyond repair at this stage. The only solution now is to remove all of the officials responsible for this economic disaster, which spells regime change in Iran once and for all.

This is a reality that resonates in the cities, towns, streets, squares, and alleys, across Iran by many people from different strands of life who have put all their voices and actions together and are simply saying ‘ENOUGH IS ENOUGH’. 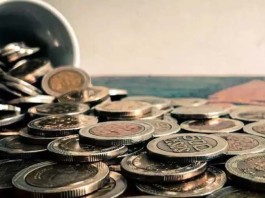 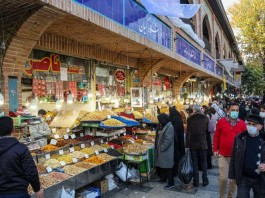