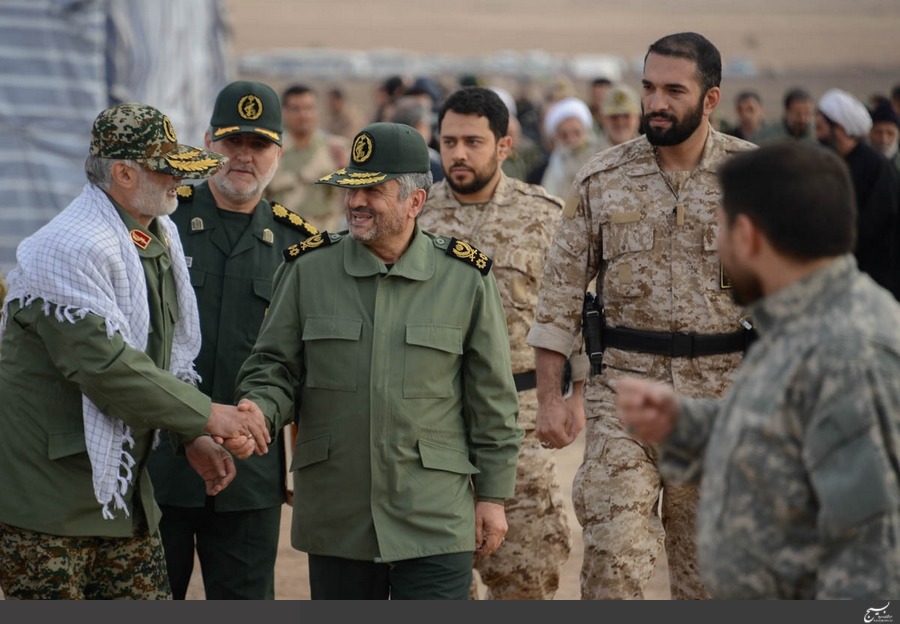 At the heart of this tension, the article suggests, is the Islamic Republic’s vulnerability and its leadership’s recognition that it cannot in fact stand toe-to-toe with adversaries like Saudi Arabia, who wield advanced weaponry sourced in large part from the United States. LobeLog explains that in light of that vulnerability, the Iranian regime feels compelled to make potential conflicts in the region look as costly as possible for the Saudis and their allies, but this is not to say that the regime would actually welcome open conflict with those parties.

The LobeLog analysis added some context to reports that emerged on Tuesday regarding the Iranian government’s stance with regard to Saudi Arabia, in the wake of months of escalating tensions between the two rival claimants to power in the Gulf region. Al Waght reported that Iranian President Hassan Rouhani had once again expressed willingness to reestablish diplomatic relations with Riyadh after the Saudis severed ties last year following their execution of a Shiite dissident cleric and the subsequent sack of the Saudi embassy in Tehran and the consulate in Mashhad.

At various times, Iranian officials have reached out via public channels to suggest that they were willing to put differences with their rival aside, often suggesting that the other side was primarily or solely responsible for the tensions in the first place. But this characterization has been just as frequently undermined by the broader context of those official’s statements. In the most recent case, Rouhani imposed specific conditions on Riyadh for the resumption of diplomacy. And these conditions could easily be regarded as giving Tehran the upper hand in regional affairs.

Specifically, in his remarks that accompanied the presentation of the annual Iranian budget Rouhani demanded that the Saudis end their bombing campaign in Yemen and disavow any nascent friendship with the state of Israel.

The Saudi-led bombing campaign also involves a number of other participants in an Arab coalition that is working to resist the expansion of Iranian influence in the region. It targets the Houthi rebels who took control of the Yemeni capital of Sanaa in 2015. Although Tehran denies its own involvement in the conflict, it is widely recognized that the Islamic Republic has been supporting the Houthi, in part by providing them with weapons like the missile that penetrated deep into Saudi territory in early November.

Iranian calls for Saudi Arabia to end its role in Yemen are seemingly invalidated not only by Iran’s contributions to the other side but also by its longstanding role in the Syrian Civil War, where Iranian forces and Iranian proxies were credited with saving the government of Bashar al-Assad from overthrow while also prolonging a nearly seven-year conflict that claimed roughly half a million lives.

On the other hand, Iran’s calls for Saudi disavowal of Israel are somewhat more credible, not just because of the longstanding antagonism between Israel and much of the Arab world but also because of the recent decision by US President Donald Trump to announce the formal recognition of Jerusalem as the capital of the Jewish state. In his remarks on Sunday, Rouhani referred to this as a “new plot” by the US and “the Zionists.” Saudi Arabia, along with much of the world, expressed opposition to Trump’s move, but there was no immediate indication that it halt the positive developments in the relationship between Israel and Arab powers, which has been driven in large part by mutual anxiety about the expansion of Iranian influence.

What was immediately evident, however, was the fact that Iranian officials would utilize Trump’s announcement to further extend their reach toward the shores of the Mediterranean. Following several such officials’ calls for Muslim unity on the issue, Major General Qassem Suleimani called the leaders of Palestinian forces on Monday to declare the Quds Force ready to support them in any new escalation of conflict with Israel. The Quds Force, being the special foreign operations wing of the Iranian Revolutionary Guard Corps, takes its name from the Persian word for Jerusalem.

Iran’s own Tasnim News Agency specifically reported that Suleimani, as the Quds Force commander, spoke to several leaders of Hamas’ Izz ad-Din al-Qassam Brigades, as well as the leader of Islamic Jihad.

But whereas this outreach may provide Iran with more fuel for propaganda among Islamic militants who are interested in unity under the banner of the Islamic Republic, the same factors threaten to undermine Iranian relationships that are equally if not more important. Iran’s relationship with Russia has remained strong against the backdrop of the Syrian Civil War thanks to the two countries shared interest in the preservation of the Assad regime. But analysts long speculated that those interests would start to diverge over time, partly because of Russia’s traditionally strong relations with Israel.

With Iran even more openly threatening the Jewish state in the wake of Trump’s Jerusalem announcement, the Russians may have a significant incentive to pull away from their Iranian allies. This follows upon speculation in such outlets as Foreign Affairs that there had already been signs of a Russia-Iran split in recent weeks. And the significance of this was underscored by the LobeLog piece, which stated that one of the main reasons why Iran cannot seriously confront Saudi Arabia is because they cannot rely on backing from Russia in the same way that the Saudis and Israelis can rely on backing from the United States.

If anything, this has become even truer in recent weeks, as both Moscow and Tehran showed willingness to declare victory for their forces in the Syrian Civil War. On Monday, Reuters reported that Russian President Vladimir Putin had made a surprise visit to Syria to formalize this message and announce a significant draw-down in the presence of Russia forces there.

While this may point to a diminished rationale for Russian-Iranian cooperation, Tehran is so far making an effort to paint a different picture. The Iran Project recently reported that Alaeddin Boroujerdi, the chairman of the Committee for Foreign Policy and National Security in Iran’s Islamic Consultative Assembly announced that he sees no obstacles for the continued acquisition of advanced weapons from Russia, which previously provided the Islamic Republic with the S-300 missile defense system, in a much-publicized exchange.

Boroujerdi reportedly highlighted the success of Iranian-Russian military cooperation in Syria, even though this cooperation may now be nearing an end. But this is not to say that there is no basis for such cooperation in other areas. In fact, The Iranian issued a report last week highlighting the launch of a new Iranian naval vessel on the Caspian Sea, which borders Iran and Russia, as well as three other nations. An Iranian naval commander described the launch as a “symbol of the authority of the Islamic Republic.” It is arguably also a symbol of Iran’s dependence on Russian permission for the projection of that authority.

While such reports point to the broader context of Iranian-Russian cooperation, they also highlight the potential sources of Russian leverage in the event that Russia and Iranian interests begin to seriously diverge in the vicinity of Israel while remaining aligned in other areas of the globe.