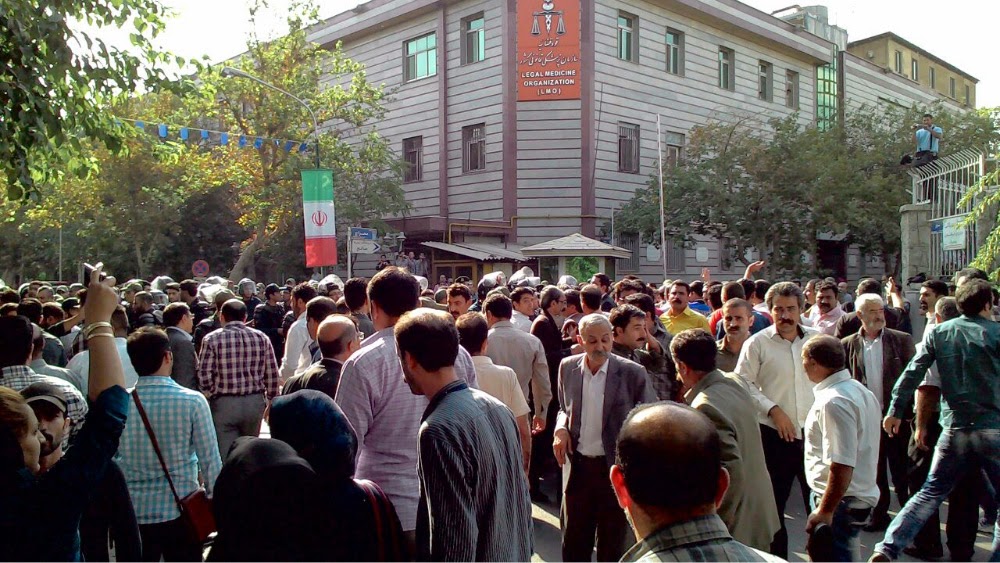 NCRI - Imprisoned members of Iran’s Gonabadi dervishes community in Tehran's Evin Prison and Nezam Prison in city of Shiraz who are on hunger strike in protest at the authorities’ harassment and persecution of Gonabadi dervishes across the country and are now critically ill.

Nine dervishes have been on hunger strike since August 31. Messrs. Hamidreza Morad Sarvestani, Afshin Karampour, Farshid Yadollahi, Reza Entessari, Amir Eslami, Omid Behrouzi, Mostafa Daneshjou, Mostafa Abdie and Kasra Nouri are demanding freedom of dervishes from prisons and for the regime to be held accountable for years of harassing and violating the rights of dervishes.

Some of the hunger strikers are suffering from acute cardiac problems, marked hypotension, severe feebleness, convulsion, and severe pains of the digestive system.

On Sunday, September 28, over two thousand Gonabadi dervishes, assembled for a third time in front of regime’s Justice Department and demanded the release of the imprisoned dervishes and the removal of all restriction imposed on dervishes. This gathering which follows like protests last week was held despite oppressive provisions and extensive presence of the suppressive forces. Protestors held placards demanding the release of imprisoned dervishes.

A number of protesting dervishes, especially those who had come from townships to Tehran in solidarity with the protesters, where apprehended by the suppressive forces.

The Iranian Resistance calls on all international bodies and human rights organs to take immediate steps to save the lives of the dervishes on hunger strike and to have their demands considered.