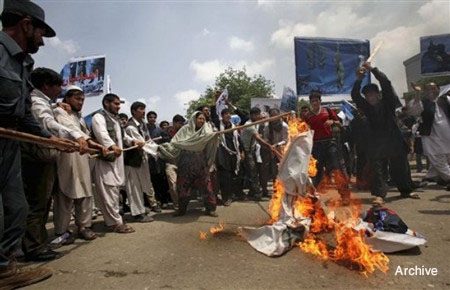 A report by Amnesty International said there were currently 5,630 Afghan in prison in Iran, with 3,000 of them sentenced to death. The most recent execution was last Wednesday.

Many have been sentenced for drug-trafficking – an activity mainly controlled by IRGC commanders and the regime’s intelligence agents.

The French news agency Agents Pre-preference also quoted an Afghan Foreign Ministry spokesman on May 10 as saying: “The Iranian regime’s border guards have killed ten Afghans and injured 12 others. In recent months, 23 other Afghans have been killed at Iran-Afghanistan border.”