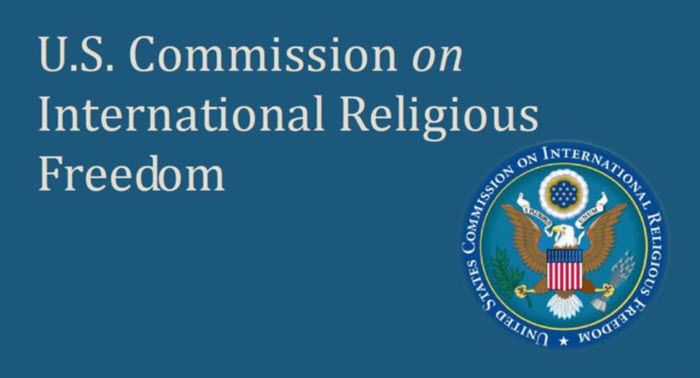 According to the State Department’s Report, “The penal code specifies the death sentence for proselytizing and attempts by non-Muslims to convert Muslims, as well as for moharebeh (enmity against God) and sabb al-nabi (insulting the prophets).

Executions for these charges continue to be carried out in Iran.

Disproportionate levels of arrests, harassment and surveillance targets Christians, particularly evangelicals and converts, according to the Report for 2015, released on August 10, 2016.

The Report goes on to say that, under the Iranian constitution, “Zoroastrians, Jews, and Christians are the only recognized religious minorities permitted to worship freely and to form religious societies, although proselytizing is prohibited.”

The regime recently executed at least 20 Sunni Kurds, sparking criticism and protests across the globe.   “A number of other prisoners, including several Sunni preachers, remained in custody awaiting a government decision to carry out their death sentences. According to the Iran Human Rights Documentation Center database, at least 250 members of minority religious groups remained imprisoned, including Sunnis, Bahais, Christian converts, Sufis, Yarsanis, and Zoroastrians,” said the Report.

Additionally, ”Shia religious leaders who did not support government policies reportedly continued to faced intimidation and arrest. The government continued to harass Bahais, and regulated Christian religious practices closely to enforce the prohibition on proselytizing. Security officials continued to raid prayer sites belonging to Sunnis. Government-sponsored public denunciations of the Bahai faith increased. Anti-Semitic rhetoric also continued to appear in official statements. There were reports of authorities placing restrictions on Bahai businesses or forcing them to shut down.”

Iran has been designated as a “Country of Particular Concern” (CPC) since 1999, under the International Religious Freedom Act of 1998 for having engaged in or tolerated particularly severe violations of religious freedom.

The Secretary of State redesignated Iran as a CPC On February 29, 2016, and identified the following sanction that accompanied the designation: the existing ongoing travel restrictions based on serious human rights abuses under section 221(a)(1)(C) of the Iran Threat Reduction and Syria Human Rights Act of 2012, pursuant to section 402(c)(5) of the Act.

The report added, “The Ministry of Culture and Islamic Guidance and the Ministry of Intelligence and Security monitor religious activity, while churches are also monitored by the Islamic Revolutionary Guard Corps (IRGC). All churchgoers must register with the authorities. Registration conveys certain rights, including the use of alcohol for religious purposes. Failure of churchgoers to register and attendance at churches by unregistered individuals may subject a church to closure and arrest of its leaders by the authorities. The law also requires Bahais to register with the police.”

Also addressed in the Report is Iran’s discrimination against women. ”According to the law, the value of a woman’s ‘blood money’ or testimony in court is half that of a man, with the exception of traffic accidents, and women are not granted custody or guardianship of their children. The age for criminal accountability for a girl starts from about age nine and about age 14 for a boys.”

“According to Amnesty International and other international human rights NGOs, the government convicted and executed dissidents, political reformers, and peaceful protesters on charges of moharebeh and anti-Islamic propaganda.”

Religious minorities, both Muslim and non Muslim, continue to be discriminated against.  For instance, “By law, non-Muslims may not serve in the judiciary, the security services (separate from regular armed forces), or as public school principals.”

In a vote at the UN Human Rights Council, the United States supported an extension of the mandate of the UN Special Rapporteur for Human Rights in Iran.  They also voted in in favor of resolutions in November and December, when the UN General Assembly expressed concern over Iran’s human rights practices.  The United States submitted recommendations in October, related to religious freedom through the mechanism of the UN Human Rights Council’s Universal Periodic Review of Iran’s human rights situation.