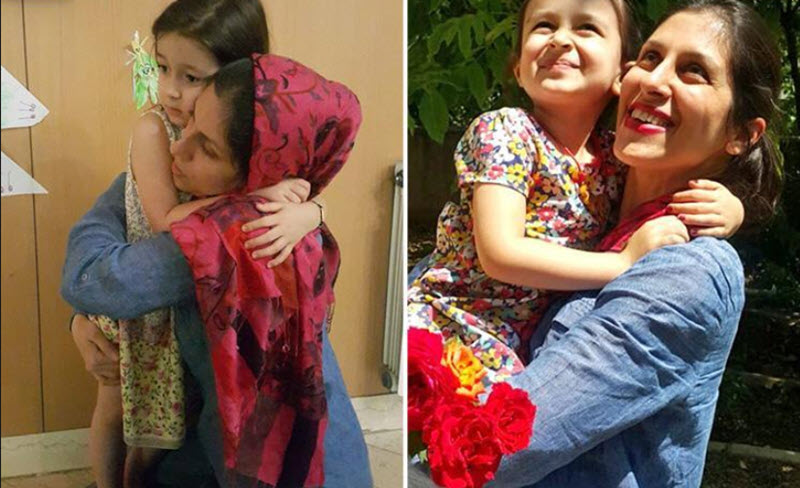 The UK government granted Ms. Zaghari-Ratcliffe diplomatic protection with the hope of securing her release, but it has unfortunately made no change to her situation.

Her husband, Richard Ratcliffe confirmed earlier this week that Ms. Zaghari-Ratcliffe has now been transferred to the mental ward of a hospital in the country’s capital. He said that upon hearing the news, he was cautiously hopeful that she may be released soon. However, hopes were dashed when he learned that his wife was being guarded by officers of the notorious Islamic Revolutionary Guard Corps (IRGC).

The British government, yesterday, called on Iran to immediately release Ms. Zaghari-Ratcliffe. A spokesperson for Prime Minister Theresa May said that the government is “extremely concerned” for her welfare. “We urge Iran to allow family members to visit her and check on her care.”

UK Foreign Office minister Andrew Murrison confirmed that he had been in touch with Mr. Ratcliffe and said that it would be incredibly “cruel” for her to be denied access to her loved ones. He said: “It would be indeed cruel to deny this lady, in a psychiatric ward of a public hospital, access to her family. That must happen immediately.”

Ms. Zaghari-Ratcliffe has previously spoken to her family about the conditions she has suffered in jail, describing them as “completely contrary to international norms”. She also recently said that she is fed up with being used as a bargaining chip in political games.

Medical-wise, she has suffered from health problems and has not received adequate treatment.

Another dual national that has been detained in Iran is Fariba Adelkhah – a 60 year old French-Iranian woman. The French government has been given very few details about her case and she has been denied consular assistance. The French foreign ministry called on authorities in Iran to allow diplomats to visit her and to “shed full light on the situation”.

It has been reported that Ms. Adelkhah had been working in Iran for a few months. Reports also indicate that the researcher will be charged with espionage charges.