On Monday, Abouzar Nasrollahi, the lawyer who represents Arash Keykhosravi, told state-run IRNA news agency that he was sentenced to five years in prison for “assembly and collusion” and an additional year for “spreading propaganda against the state.” He added that Shole Saadi was also sentenced for the same crimes.

Human rights lawyer Mohammad Najafi was imprisoned for publicly arguing that local police tried to conceal the cause of a detainee’s death, and his laywer, Payam Derafshan, claims that an additional 13 years was added to his sentence for two other sets of charges. According to Human Rights Watch, the Arak revolutionary court in Markazi province sentenced Najafi to 10 years in prison on the charge of “cooperating with an enemy state through transferring information and news to anti-revolutionary networks…” and to another 3 years for “propaganda against the state and insulting the Supreme Leader.” Although Najafi claims that he was not referring to the Supreme Leader, the court used his confession of chanting “death to the dictator” during a demonstration to charge him with “insulting the Supreme leader”.

Deputy Middle East director at Human Rights Watch, Michael Page said, “Now Iran is not only arresting dissidents, human rights defenders, and labor leaders, but their lawyers as well, criminalizing their fundamental freedoms.” He added, “Lawyers should be the cornerstone of protecting the rights of the accused, but in Iran, they are just another enemy of repressive authorities.”

On November 20th, after his home and office were searched, and some of his client cases were confiscated, human rights lawyer Amir Salar Davoudi was arrested. Sources allege, “security forces have threatened Davoudi’s family not to publicize his arrest.” Davoudi, who is in Evin prison, is facing charges of “propaganda against the state” and “insulting the Supreme Leader” and that authorities are also trying to charge him with “assembly and collusion to act against national security” according to his lawyer.

As well, on August 31st, as they visited the home of another recently jailed lawyer, Arash Keykhosravi, in the city of Karaj, north-west of Tehran, human rights lawyers Payam Derafshan and Farokh Forouzan were arrested. Derafshan, Forouzan, Sholehsadi, and Keykhosravi have all been temporarily released on bail.

Hoda Amid, the human rights lawyer and women’s rights activist, was arrested on September 1st, at her home. Amid has published widely on gender-based discrimination, and advocates for gender equality in marriage through “equal marriage contracts”.

Beginning in June, the Intelligence Ministry have arrested several human rights lawyers and activists in what Amnesty International calls “part of an escalating crackdown to crush civil society in the country.”

Human rights lawyer Nasrin Sotoudeh, has been held in Evin Prison since June 13, 2018, facing national security charges for representing Iranian women who removed their headscarves in public in protest against the compulsory hijab law, while her husband, Reza Khandan, is also been imprisoned for their peaceful activism against compulsory hijab laws. 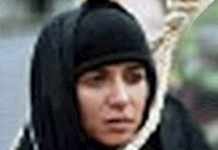 Iran Executes Ninth Woman in the leadup to 2021