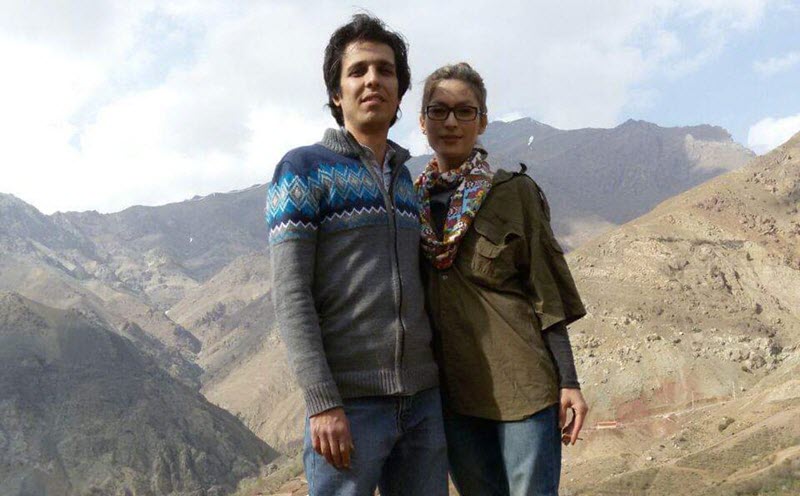 The two were arrested on January 2019 by security forces. After spending several months in the Ministry of Intelligence’s detention center, they were transferred in March 2019 to the notorious Evin Prison in Tehran. Their interrogation process had ended five months earlier and they were supposed to be released on parole.

In an open letter to Judge Mohammad Moghiseh, an abhorrent judge who is charge of their case, Mohammmadi-Far demanded their release on parole until the hearing and underlined that if denied they will go on hunger strike.

In a video, Behrooz Alahyari, Father of Ms. Alahyari, asked the people of Iran for their solidarity to liberate the detained couple.

On Thursday, Amnesty International released a statement and called on human rights activists to write letters to the prosecutor of Tehran and protest to the arbitrary detention of Alahyari, Mohammadi Far and Amir Aligholi, and demand for their unconditioned release.

Mohammadi Far and his wife Alahyari, were charged for “membership in a dissident group”, “spreading propaganda against the state”, “publication of lies to disrupt the society” and “collusion and assembly” against the regime.