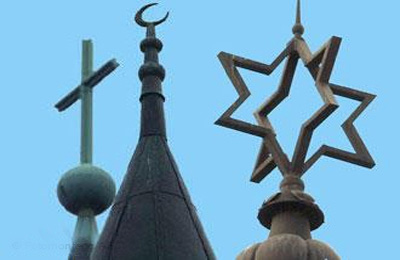 These statements evidently come in response to Iran’s presence in the State Department report, which points out that the Iranian government has “created a threatening atmosphere for nearly all non-Shia religious groups.” Such claims are backed up by a wide array of factual stories of repression and imprisonment.

The Baha’i religious minority is a particularly notable target of Iranian religious persecution. Many of its members have been subject to arrest for the crime of assembling together or organizing religious activities. Free Baha’is are typically excluded from educational institutions and from various forms of employment. The Iranian regime has also made a policy of desecrating Baha’i cemeteries in an attempt to erase evidence of the group’s continued presence in the country.

But some of these repressive activities are routinely directed at other groups, as well. Christians have also faced imprisonment for gathering in groups or for practicing their faith, and some of these cases have become highly visible in the West. The State Department report specifically mentions Iranian-American Pastor Saeed Abedini, who helped to organize religious gatherings in private Iranian homes starting in 2000, and was arrested in 2012 while working to build an orphanage outside the city of Rasht.

Abedini was sentenced in January 2013 to eight years in prison, on charges of “undermining the Iranian government by… attempting to sway Iranian youth away from Islam.” Before his trial, the Iranian courts discussed the possibility of pursuing the death penalty, and indeed this has been done in the cases of other religious and political prisoners. While Abedini received a comparatively light sentence, he has reportedly been beaten in prison and denied medical attention. This also are common complaints in Iranian prisons, and particularly Evin Prison, where Abedini is housed alongside many of the regime’s other prisoners of conscience.

Marziyeh Afkham’s rejection of the State Department report offered no response to these allegations. The highly rhetorical comments instead focused on criticisms of US foreign policy, while highlighting the elements of the Iranian Constitution that might point towards claims of religious freedom.

Tasnim’s coverage of her remarks stated that that constitution “recognizes all divine religions and stresses that their followers are free to act in accordance with their own religious rites.” The reference to “divine religions” allows this comment to subtly limit this assurance of freedom to only some religions. And under Iranian theocratic law, such religions can only be those of fellow ahl al-Qitabi, or “people of the Book,” the Muslim term for followers of the Abrahamic religions of Jews, Christians, and Muslims.

In practice, permission to practice their faith only applies to these people if they were born to culturally Christian or Jewish communities. But the Iranian theocracy does not tolerate conversion from Islam, and tends to criminalize religious practice that takes place outside of culturally homogenous communities.

This observation also gives essential context to the other claim made by Mrs. Afkham and Tasnim News, who lauded the Iranian government for reserving five seats in parliament for non-Muslims, specifically one Zoroastrian, one Jew, and three Christians. The occupants of these seats, however, do not represent their religious minorities so much as they represent the few Iranian communities where those religions remain culturally ingrained. Hence, two of the Christian seats are for Aremenian Christians and the other is for Assyrians.

And regardless of the nature of these five seats, they are only five out of a 290-seat parliament. Of these, 250 are occupied by Shia Muslims, effectively giving them full control over parliament. This control is even more complete at higher levels of government, as supreme authority is given to Ayaltollah Sayyid Ali Khamenei and his fellow Shia clerical advisers.

PART OF A STRATEGY

Ultimately, it is almost impossible to present a favorable picture of the state of religious freedom in the world’s only modern theocracy, when comparing it to a country whose constitution specifically includes a guarantee that government cannot enact policies favoring one religion or restricting others. Still, the Iranian Foreign Ministry attempted to do just that by holding the United States responsible for events affecting religious groups elsewhere in the world.

“The US all-out support for the Zionist regime’s actions and the unbelievable restrictions on the followers of the other Abrahamic religions living in the occupied Palestinian territories and Washington’s all-out support for the Quds occupying regime’s recent aggression and crimes in the Gaza Strip have left no competence for the US administration to judge or advice the other countries on religious freedoms and rights,” Afkham said.

The only religious group that appears to matter in her analysis is Muslims – a sentiment that seriously undermines Afkham’s attempts to portray Iran as having respect for its religious minorities. This approach to the subject matter is a familiar feature of Iranian state-run media. Iran’s English-language Press TV has, in recent months, run various stories suggesting that there is a worldwide conspiracy and epidemic of violence against Muslims. The outlet has repeatedly denied that Muslims terrorists were responsible for the attacks on New York City in 2001, saying instead that either Israel or the United States itself orchestrated the attacks.

Afkham’s statement and Tasnim’s coverage no doubt contribute to the same strategy, which seeks to portray the Iranian government not as a repressor of non-Muslim religions, but as the global guardians of a Muslim faith that would otherwise be repressed by all other religious groups.