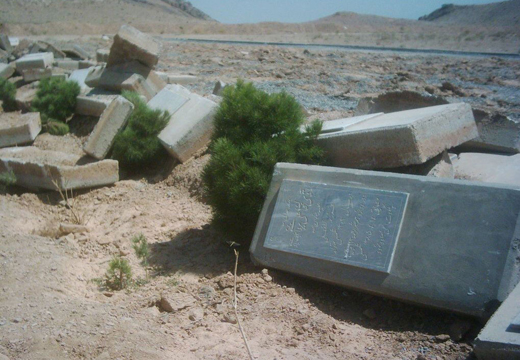 “The excavation has begun and graves are being destroyed. Some 40 to 50 trucks are lined up to remove the earth and accelerate the work,” the Baha’i community said in a statement seen by AFP.

According to the community, the site was confiscated by the Iranian government in 1983 and local officials are seeking to build a “cultural sports building” in its place.

It added that 950 Baha’is are buried there.

“We also appeal directly to Iranian President Hassan Rouhani to halt this act of desecration,” the statement said.

Local media have been silent on the alleged excavation, and AFP could not independently confirm the report.

The Baha’i community says that between 2005 and 2012, at least 40 other Baha’i-owned cemeteries in Iran have been desecrated, with bodies exhumed.

The minority faith is not tolerated in the predominantly Shiite Islamic republic, and its followers face repression.