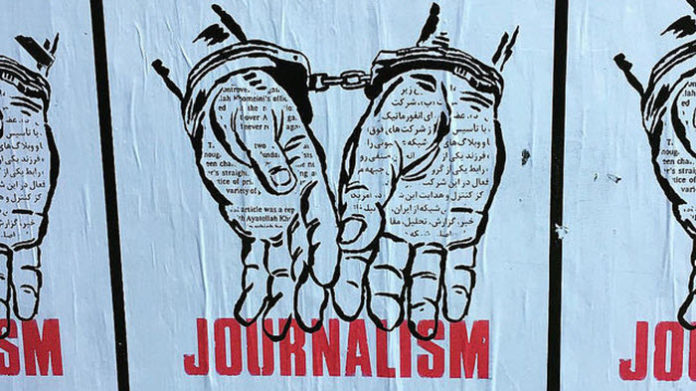 The CPJ also notes that the bill suffers from vague language, much like the vague language that governs the state’s enforcement of crimes such as “insulting sanctities” or “enmity against God,” which are frequently utilized to punish political prisoners. Because of this, the CPJ speculates that the Iranian Media System could lead many journalists to self-censor and avoid coverage of topics and events that are not state-sanctioned, such as spontaneous protests. This has in turn led to a number of commentators arguing that the Ministry of Culture’s draft bill could be a major step toward the end of independent journalism in the Islamic Republic.

The CPJ article discussed the Iranian Media System in the context of the UN General Assembly, which started on Tuesday and will see speeches from members of the Rouhani administration. It noted that the Iranian president had formerly promised to reinstate an independent organization called the Association of Independent Journalists, which essentially functioned as a union for reporters outside of the state media system. The Rouhani administration’s current support for the Iranian Media System underscores the fact that it would essentially replace the Association of Independent Journalists and stand alongside a variety of other Rouhani-supported initiatives to tighten control over the media in Iran.

Among these initiatives are various bans on news outlets and individual journalists that have failed, in one way or another, to toe the state’s official line. News reports indicated on Tuesday that such bans are still very much ongoing. It reported that at least five websites had been forced to shut down on September 4 alone, only days after another was also blocked by Iran’s Working Group for Identifying Criminal Content.

It is not clear what sort of “criminal content” was identified in these cases, as even the owners of the websites were not informed of the reasons for the closures. But reports suggest that at least two of the sites may have been targeted because of their reporting on a corrupt housing scheme involving Tehran city officials, police officers, and a member of the Iranian parliament.

The Working Group is comprised of 13 members, including key ministers in the presidential cabinet. Their apparent contribution to suppressing criticism of the government is another in a long series of indicators that the Rouhani administration has betrayed campaign promises for a freer and more open Iranian society. And in light of this, the CPJ argues that the UN General Assembly would be a good forum for Rouhani to address his record in this area – and to be challenged on it – before seeking reelection next year.

It remains to be seen whether the international community will give serious attention to Iran’s domestic affairs in that forum. This is especially uncertain in light of the fact that human rights defenders have criticized Western policymakers for focusing too much attention upon nuclear negotiations and trade agreements, at the expense of ongoing human rights violations and media suppression. And this relative lack of scrutiny has in turn been blamed for the Rouhani administration’s maintaining an evasive and deceptive narrative about Iran’s human rights record.