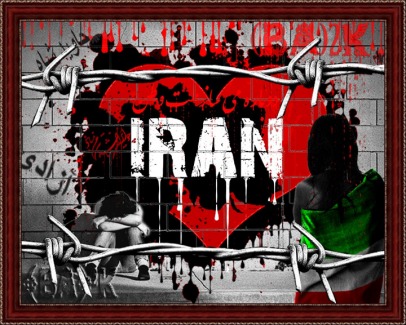 Tabatabai also noted that his clients and their fellow defendants had been made subject to multiple charges for the same purported offenses. But these offenses were hardly recognizable as crimes, even by the extremely loose standards of the Iranian judiciary. They have been judged to be guilty of such offenses as “spreading propaganda” and “insulting authorities” through their writings, yet the judge in their cases failed to so much as specify which of their writings contained the supposed offending material

“The main reason given for their arrest is that they were sending news and information to news agencies and media outside Iran,” the lawyer was quoted as saying. This observation and the surrounding circumstances closely reflect a number of other well-known political cases, including that of Washington Post correspondent Jason Rezaian, an American-Iranian dual national who was held without trial for nearly a year before being tried and sentenced for such offenses as “collaborating with hostile governments.”

Rezaian was ultimately released as part of a prisoner swap between Iran and the US in January, but in the meantime there was much advocacy on his behalf in the West. His brother Ali Rezaian explained the emerging case against his brother by telling the media that he had essentially been accused of watching local Iranian news and discussing it with family and friends in the United States.

The cases against two of Tabatabai’s clients, Ehsan Mazandarani and Isa Saharkhiz appear to be similar, insofar as some of their writings were apparently criminalized just by virtue of being published on a website that is based in France and publishes content in both Farsi and English. Tabatabai’s third client from the November arrests, Davoud Asadi, was not a journalist but was reportedly targeted by regime authorities in order to mete out a sort of proxy punishment to his brother, a journalist living and working in France.

IranWire concludes its article by saying: “Tabatabai’s account of the current climate in Iran’s jails and courts suggests a renewed hostility toward individuals with links outside Iran, whether they work as journalists or promote business opportunities. Once again, those sections of Iranian society hoping for a more open Iran following last year’s nuclear deal will be bitterly disappointed.”

But as numerous other reports, including reports in Iran News Update have emphasized, this “renewed hostility” has not only been directed toward persons with specific links to Western entities. Neither has it been expressed exclusively through political imprisonments. The imprisonment of Western-linked journalists appears instead to be part of a much more general crackdown on pro-Western attitudes and any social trends that are viewed as out of step with the regime’s official hardline Islamic ideology.

Last week, Western media widely picked up on reports detailing a sting operation that led to the arrest or prosecution of 29 individuals linked to an Instagram modeling network, which posted pictures of women without their legally mandated Islamic head coverings. Earlier, regime authorities had also boasted that thousands of undercover agents of the morality police would be deployed on the streets of Iranian cities to report instances of illegal or “un-Islamic” behavior, including improper veiling.

Supposedly Western-style dress and the public mingling of male and female Iranians are viewed as symbols of Western “infiltration” by the regime and by its hardline supporters. Supreme Leader Ali Khamenei specifically warned against such infiltration, through economic, political, and cultural channels, in the immediate aftermath of the July 14 Iran nuclear agreement, which some expected would lead to more general reconciliation between Iran and the US.

Consequently, the pushback against perceived Western influence has been severe. And mistreatment of political prisoners aside, it has sometimes taken on violent dimensions.

In 2014, with the administration of Iranian President Hassan Rouhani in power and already well on its way to a nuclear agreement, the country’s parliament introduced legislation to give greater power to the Basij civilian militia of the Revolutionary Guard Corps, encouraging them to act as a separate morality police, confronting people in public over improper veiling and other supposed violations. Opponents of the clerical regime linked these efforts a series of acid attacks that were carried out against women that same year. The National Council of Resistance of Iran even alleged that those attacks had been carried out specifically by agents of the regime.

But whether directly linked to the regime or merely supportive of it, hardliners have also launched attacks against other purported symbols of Western influence, in line with the legislation and policies of the Iranian government. Last year, the regime passed legislation criminalizing the act of dog-walking, on the basis of dog ownership being seen as a Western phenomenon. This led to incidents of attacks on pets, their owners, and shelters caring for dogs.

IranWire reports that one such incident occurred on May 22, after an animal shelter east of Tehran received a number of threats, including officials letters from the local government insisting that the shelter be moved outside of city limits. As the staff was arranging for the relocation, the shelter was broken into and set on fire with the animals inside. Some dogs were found to have had their throats cut and others died from poisoning.

With mere symbols of Western influence being a source of such anger and violence among Iranian hardliners, it is easy to imagine that actual progressive, pro-Western, or pro-democratic attitudes would be subject to even more aggressive repression. As the BBC indicated on Tuesday, this may explain the particular pressure that has been exerted on Iranian teachers recently.

The BBC article quotes an Iranian teachers’ labor movement leader as saying that violations of human rights have grown more frequent and more severe in recent months. Hashem Khastar says that he has been personally arrested three times for peaceful labor organizing activities, a movement that he describes as ultimately aiming “to achieve democracy.” He adds that teachers are being “constantly arrested,” often in secret, with security forces threatening families in order to keep the situation from being more widely publicized.

The report also quotes Haldis Holst, the deputy general secretary of Education International, as saying that teachers in Iran face “double pressure” because they are involved in the formation of labor unions that are illegal in Iran, and because they work in a profession that helps to shape the ideas of the youth, and therefore are a prime target for social control and the enforcement of ideas of conformity and the rejection of concepts that are supposedly foreign to the Islamic Republic. 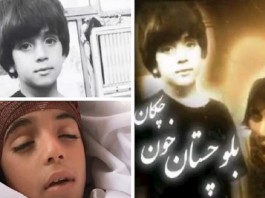 Iran: Five Deaths and Injuries by Security Forces in 48 Hours 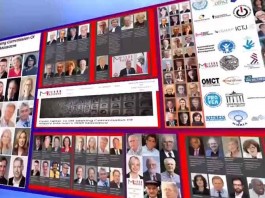 UN Experts Call on OHCHR Commission of Inquiry into 1988 Massacre...