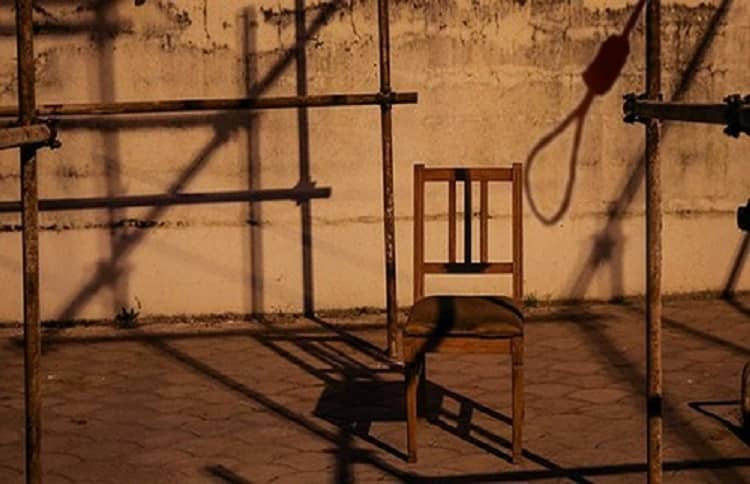 In recent weeks, Iran has launched a new wave of human rights violations, mainly in executing the detained protesters of various protests and the uprising of recent years.

The regime’s first plan to execute some of them started with its decision to execute young political prisoners Amir Hossein Moradi, 26, Saeed Tamjidi, 28, and Mohammad Rajabi, 26, for participating in the November 2019 uprising after a long period of torture and forced confession. The regime’s Judiciary raised many charges against them, but most importantly, the regime’s main concern was laid out by Gholamhossein Esmaili, spokesperson of the regime’s Judiciary.

“They filmed their own crimes and sent them abroad. One of them, during a previous trip to Germany, came into contact with the hypocrites (an expression that the regime uses to describe the Iranian opposition PMOI/MEK), were present in the camp of the hypocrites and received instructions from them,” he said. The rest of the charges against them are just nonsense.

Following a huge Twitter campaign against this decision, the regime was forced to step back and it has held back until now from carrying out their executions.

The second case was the regime’s decision to execute another young political prisoner who was arrested for participating in the November 2019 uprising. He was charged with “enmity against God”, an intentionally vague charge that carries the death sentence.

Hossein Reyhani, who has been held in limbo at the Greater Tehran Penitentiary since his arrest, recently wrote in a letter that he was arrested and convicted for sending a text message that read, “they burnt the bank”, to a friend.

The authorities said that this proved that he had set fire to the National Bank of Islamshahr. Reyhani was arrested on December 8 at his Eslamshahr home during the wave of arrests and enforced disappearances that followed the protests, which began over a rise in fuel prices.

The third case was the verdict against five political prisoners Mehdi Salehi Ghale Shahrokhi, Mohammad Bastami, Majid Nazari Kondori, Hadi Kiani, and Abbas Mohammadi. The Supreme Court in Isfahan upheld their death sentences. They had been arrested during the December 2017-January 2018 uprising, with some sources saying they received two death sentences: one for “waging war against God” and one for taking arms against the government.

On July 10, the defendants’ lawyer Mostafa Nili tweeted: “Unfortunately, the death sentences issued for my clients were upheld by the Supreme Court despite our appeals. To this day we have not been allowed access to the files and the case.”

This alerted the world to the death sentence issues by Abolqassem Salavati at the Revolutionary Court in Tehran in February. The trio was accused of being “riot leaders” who had “set fire to banks and petrol stations and had filmed their criminal acts and sent the videos to foreign media”.

On 5 August the regime executed protester Mostafa Salehi, 30, on the charge of “leading the riots of Kahrizsang district in the city of Najafabad” in Isfahan in the December 2017 protests, something that he only admitted to under torture and denied whenever he was not under torture.

And finally, in late August the regime decided to execute Navid Afkari, who was sentenced to two counts of execution, 6 years and 6-month imprisonment, and 74 lashes. He was arrested with his brothers Vahid Afkari, who was sentenced to 54 years and 6 months imprisonment and 74 lashes, Habib Afkari, 27 years, and 3 months imprisonment and 74 lashes. They were arrested during the July 2018 protests. These people are accused of forming a group, killing a security officer, and participating in protests. Navid and Vahid Afkari have been severely tortured in order to obtain a forced confession in the very notorious place of the police in Shiraz.