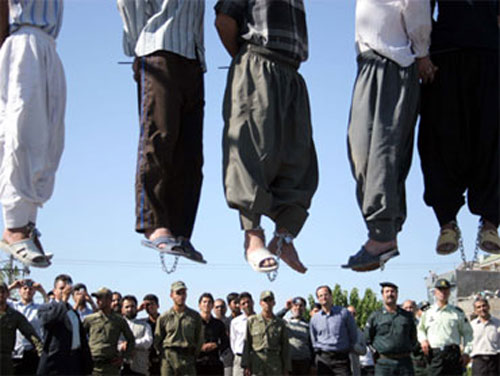 NCRI- The United Nations expressed concern over the surge in executions in Iran and urged the Iranian regime to “immediately halt executions.”

“We regret that the new government has not changed its approach to the death penalty and continues to impose capital punishment for a wide range of offences. We urge the government to immediately halt executions and to institute a moratorium.”UN human rights spokeswoman Ravina Shamdasani told a news briefing.

The United Nations’ human rights office on Friday said that it is “deeply concerned” about the high number of executions — perhaps as many as 95 — that have occurred in Iran so far, just seven weeks into 2014.

The number of executions since the beginning of 2014 reached at least 132 of which 32 executions were conducted during less than a week following protests by Bakhtiaris in a number of cities across the country, according to statement by the National Council of Resistance of Iran

The executions are aimed at intensifying terror to prevent the spread of the uprising.

In the many years of never-ending and fruitless series of negotiations with the Iranian regime on the nuclear issue, the international community has closed its eyes on violation of human rights in Iran and the escalating executions and savage punishments such as cutting off the hands and feet.

The silence and inaction in face of growing oppression since Hassan Rouhani took office has been encouraging the regime to continue with its anti-human atrocities.