In the most recent example, Jafar Mohammadi, the editor in chief of the Asr-e Iran website, compared the predicted protests to the ammonium nitrate explosion in Beirut port, in a post titled “the nitrate of discontent” that has since been removed from the site.

He wrote: “A small sparkled to a terrible explosion in that silent warehouse, and Beirut, with all its beauty and splendor, collapsed in moments. The large warehouse in Iran may explode at any moment, destroying everything… Every single Iranian knows, and official statistics indicate that the people of Iran are more discontent than they have ever been in recent decades.”

Mohammadi continued by saying that Iranians were angry about “everything” from the economy to politics to religion to culture and advised that governments have two options for dealing with discontent, especially when that is being expressed by the majority of people.

1) Satisfy the demands or give hope for serious reforms

2) Ignore the issue and continue with repressive policies

He argued that the smart path would be to appease the people and make them supportive of the regime,  “otherwise the nitrate of discontent may explode and lead to what should not be”, causing “discontented people” to become “subversive”.

Of course, as Iran News Wire points out, “The truth is that Iranians turned “subversive” a long time ago. Protests against the poor state of the economy in the past few years have quickly turned into angry chants against the regime in its entirety. Protesters target the Supreme Leader, Ali Khamenei, and specifically call for his downfall.”

The regime could not possibly implement the so-called reforms put forth in the article because any kind of reform would actually cause the demise of the mullahs altogether and it is obvious that the mullahs know that, which is why they don’t take what would seem to be the logical option.

That’s why the regime has been viciously cracking down on dissent, as we saw in the 2019 nationwide uprising when the security forces were sent out to suppress the protests by shooting and killing 1,500 people in the streets.

No one could think anything other than that this would cause the people to hate the regime more and will lead to the overthrow of the regime, but the mullahs have no options. 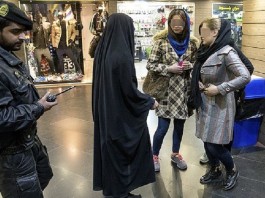 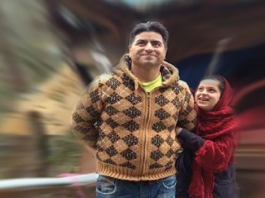