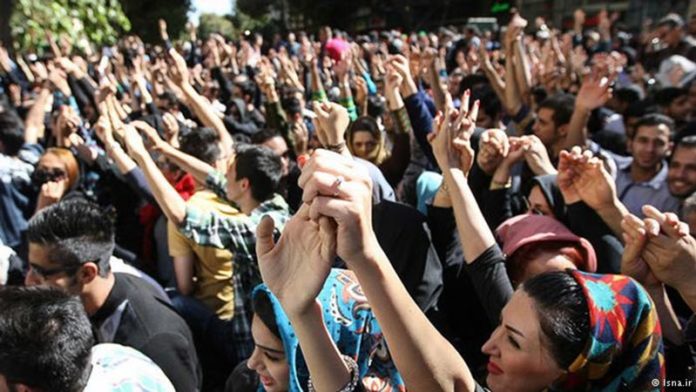 Many Iranians, both living in Iran and as part of the Iranian diaspora, took to Twitter using the hashtag #FreeIran2018 to declare support for the US sanctions and report on protests and acts of civil disobedience, which are part of the ongoing people’s uprising that began in December 2017.

On Wednesday, May 30, Javad Hamida‏ wrote: “I am an Iranian, And I welcome the sanctions against the tortuous and oppressive organs of the Iranian people, By the US government.”

Maryam Rajavi,‏ president of the Iranian Resistance, explained that the Iranian Regime cannot survive against the will of its people much longer.

She wrote: “[The] mullahs’ religious fascism in Iran is fleeting, devoid of any future. The people of Iran are seeking the overthrow of the entire Velayat-e Faqih regime,”
Rebellion

Across Iran, there are many thousands of people rebelling against the malign mullahs on a daily basis. Here are just a few examples of their civil disobedience from the past two weeks.

Activists set fire to a picture of Iran’s Supreme Leader Ali Khamenei on the streets of Zarrin-Shahr on Thursday and uploaded a video of the act to the internet, with the camera operator saying “Dictator, say hello to your end”.

Also, truck drivers remained on strike for the tenth consecutive day on Thursday. They are striking over unpaid wages, according to video footage shared by news editor M. Hanif Jazayeri‏. As the days pass, more drivers are joining the strike, including energy-sector workers who are likely to deal the fatal blow to the Iranian economy.
Jazayeri wrote: “Iranians are prepared to pay the price to end mullahs’ rule.”

Rajavi also said that the strike was an example of how much the Iranian people want freedom from the corruption of the mullahs.

On May 24, Hackers took over the video monitors at Mashhad Airport, Iran’s second busiest airport, and displayed messages supporting the uprising, including the question “How much longer?” and the Farsi version on the hashtag #FreeIran2018.

The hashtag #FreeIran2018 is also being used to promote the annual gathering of Iranians and their supporters in Paris, organised by the National Council of Resistance of Iran. The gathering, happening on June 30, will address that regime change in Iran is the will of the people and will happen sooner than most think.

The NCRI said: “This gathering will express solidarity with the Iranian people’s long quest for freedom and democracy, and support for the democratic alternative to the current dictatorship in Iran.”

US stands with Iranian people

When the new round of US sanctions was announced, Treasury Secretary Steven Mnuchin said that he is taking action to hold the Iranian Regime responsible for their brutal human rights abuses, oppressive censorship, and crimes against humanity.

He said: “[The US] stands with the people of Iran… [Iran] not only exports terrorism and instability across the world, it routinely violates the rights of its own people. The Iranian regime diverts national resources that should belong to the people to fund a massive and expensive censorship apparatus and suppress free speech.” 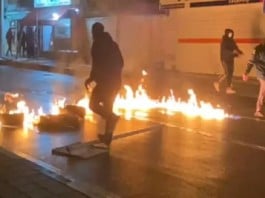