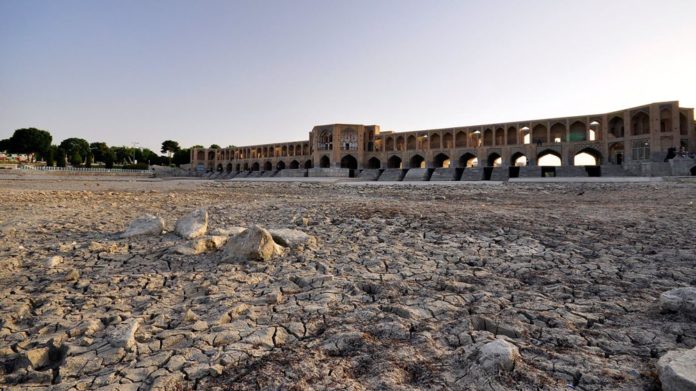 Their protesters can be seen chanting anti-regime slogans as the suppressive security forces tried to disperse them, in videos posted on social media.

According to Iran’s Meteorological Organization, 97% of Iran is suffering because of the current drought, which has lasted for several years already.

This is not a new phenomenon. Three-quarters of Iran sees less 8 inches of rain a year, most of which evaporates on the surface rather than seeping into the soil.

It has, however, been made worse by the inaction of the Iranian Regime, who will divert money into foreign wars rather than tackling environmental issues that affect the health of its people.

This drought has sparked several protests across the country, but they have been especially prevalent in Isfahan, as farmers claim that the government officials have diverted water from Isfahan to its neighbouring province Yazd for years.

This is either incredible mismanagement, according to the farmers, or the result of bribery and corruption, but either way it’s evidence that the Iranian Regime has been depriving the farmers of their access to regional water sources, which the farmers have the right to use.

Hadi Ghaemi, executive director of the Center for Human Rights in Iran, told Reuters: “Towns and villages around Isfahan have been hit so hard by drought and water diversion that they have emptied out, and people who lived there have moved.”

The government promised to pay compensation to help the struggling farmers, but nothing has yet come of it and many suspect nothing will ever come from the Iranian Regime. Even if compensation was paid, that doesn’t fix the overarching problem of drought or Regime corruption.

Indeed, the levels of corruption from the Iranian Regime are worse than the drought. No one can help an environmental disaster, but they can make efforts to help the people who suffer because of it and try to prevent the disaster from happening again. The Iranian Regime will not do this.

The mullahs don’t care about the people of Iran; they are far too busy trying to spread terrorism across the Middle East in order to destabilise the neighbouring countries and try to take power.
Simply the only solution to the drought, the corruption, and the multitude of other problems currently facing the Iranian people is regime change. 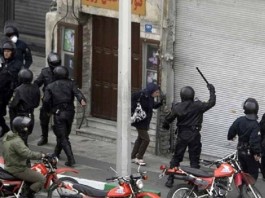