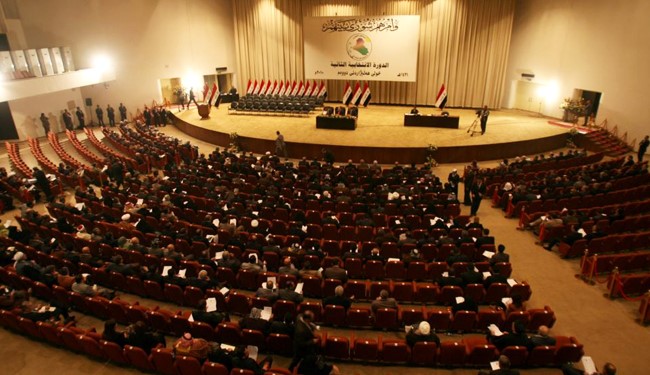 The Iraqi lawmakers said the “presence of members of Iranian opposition in Iraq is completely legal; these people entered Iraq in 1986 lawfully by full agreement of the Iraqi government in place at that time”.

The lawmakers called in particular for an end to the medical siege on the Iranians who are living in “prison-like” conditions in Camp Liberty.

In their joint letter to His Excellency Zeid al-Hussein, the UN High Commissioner for Human Rights, the lawmakers said: “In harmony with dozens of American and European lawmakers, we believe that providing fundamental rights and also safety and security to Camp Liberty residents by the GOI and providing security and protection requirements of the camp against any ground and missile attacks, until all of these refugees leave Iraq, is an urgent measure. Recognizing Camp Liberty as a refugee camp under supervision of UNHCR and also recognizing the residents as refugees would be the only legal, humanitarian and reliable solution.’

“We ask you to firmly call on the GOI to remove siege on Liberty particularly medical siege, put an end to the prison-like situation of this camp and hand the dossier of Liberty to impartial individuals and bodies out of the direct and indirect influence of foreign parties.”

The lawmaker told the United Nations High Commissioner for Human Rights that “the reality is that the PMOI/ MEK members who are facing suppression and cruel massacre in their countries are Iraq’s guests. 133 Iraqi Parliamentarians from different fractions, in a joint resolution on December 3, 2013 underlined that these political refugees whose presence in Iraq is legal since a quarter of century ago, and lived in our country based on Iraqi hospitality must enjoy the rights as every Iraqi citizen does.”

“As a matter of fact, the presence of members of the Iranian opposition in Iraq is completely legal; these people entered Iraq in 1986 lawfully by full agreement of the Iraqi government in place at that time and they were welcomed by the Iraqi people.”

“Moreover, in 2003 all residents voluntarily handed all their weapons over to US Forces; subsequently, in July 2004, the US government acknowledged that these refugees are Protected Persons under the 4th Geneva Convention. In the past twelve years, they have been totally unarmed; actually, the US Forces provided protection to Camp Ashraf during 2003- 2009.”

They said: “Since January 2009 and after delivering protection of Ashraf from US Forces to GOI, an unexampled cruel siege has been imposed on these refugees. The UN Working Group on Arbitrary Detention on two different occasions called Camp Liberty a prison. While the residents are deprived of free movement to outside the camp, they are deprived of visiting lawyers, journalists and international delegations. 21 patients have been tormented to death due to a 6 year inhuman medical siege. Residents’ ownership of their property has been denied and they have been deprived of selling their movable and immovable assets that are worth millions of dollars in Ashraf; these assets are exposed to systematic looting. International jurists believe that all the above issues are the clear examples of violations against humanity; this situation is intolerable for the Iraqi people.”

The third session of the 2020 Free Iran Global Summit was focused on tackling the Iranian regime’s terrorism, for which the summit participants advocated closing Iranian...
Read more
Iranian Opposition

MEK: IRGC Must Be Dismantled

Supporters of the People’s Mojahedin Organization of Iran (PMOI/MEK) gathered outside the U.S. Department of State, the White House, and the United Nations New...
Read more
Go to mobile version