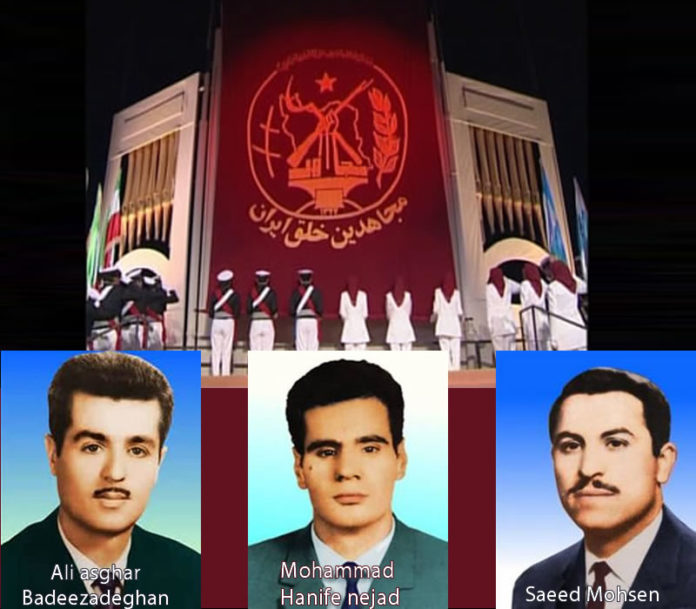 The trio had previously been involved in the Freedom/Liberation Movement, led by Medhi Bazargan, which advocated for the democratic principles of the Iranian constitution created after the 1905 revolution.

The group lasted for two years before the Shah outlawed all pro-democracy groups and imprisoned their leaders, following the 1963 June Uprising, in which pro-free speech and anti-monarchy protests broke out across Iran before being violently put down by the Shah’s police. Bazargan w#a#s sentenced to ten years in prison.

The fight for freedom in Iran was far from over, but the MEK founders knew that they could not repeat the actions of the Freedom Movement, lest they meet the same fate.

The politics of the MEK

In order to cement the ideals of the MEK, the trio brought together 20 trusted friends, mostly professionals living in Tehran, to form a twice-weekly discussion group about religion, history, philosophy, and revolutionary theory. The MEK held its first meeting on September 20, 1965, just two weeks after its founding.

The MEK spent the next six years formulating its political platform and creating a plan to evict the Shah and put a democratic government in its place.

The founders of the MEK see Islam as democratic, peaceful, tolerant, and completely compatible with modern society, so they based their political foundation on their interpretation of Islam. Thus they prize gender equality, human rights, and free speech, which explains why the MEK is so beloved by the Iranian people.

The MEK believe that this is the true message of Islam- in complete opposition to the hateful and cruel version espoused by the Regimes of the Shah and the Mullahs.

Reaction to the MEK

Both of these Regimes recognised the widespread public support of the MEK to be a major threat to their continued rule and have tried to eliminate the MEK via any means necessary. This ranges from fake news, which paints the MEK as terrorists and the murderers of Americans, in order to discredit the MEK on the international stage, to the criminalisation of the MEK in Iran to the murder of 120,000 members of the MEK by the Iranian Regime since its founding.

Thankfully, more people in the international community are now choosing to look beyond the Regime’s lies and discover the truth.

The MEK has been treated woefully by both Iranian Regimes, from the Shah’s secret police’s (SAVAK) execution of all but one of the MEK’s leaders to the Mullahs 1988 massacre, in which 30,000 MEK members and supporters were murdered in mass executions in just a few months.

But despite this, the MEK is still fighting for a free, modern, pluralist, secular, and democratic Iran; providing the only true opposition to the Iranian Regime at great cost to the MEK themselves.