The PACE political groups invited Mrs. Rajavi’s visit. Following the three meetings, she participated in a press conference that was also attended by a number of PACE members, and summarized her speeches at the three meetings.

In these meetings, Mrs. Rajavi urged the Council of Europe and its member states to adopt effective measures and binding decisions to compel the religious dictatorship ruling Iran to release the prisoners of the uprising, uphold freedom of expression and association, end repression and lift the compulsory veil. “Thirty-nine years of bloodshed and crimes, discriminations against and subjugation of women, repression and censorship is enough. The International Community must end its silence and inaction,” she said.

“Dozens of people were shot dead during the uprising by security forces and Revolutionary Guards, and at least 8000 have been arrested,” Mrs. Rajavi pointed out. “Every day, we learn of another prisoner killed under torture, but the mullahs’ henchmen ridiculously claim that they committed suicide in detention. A number of youths are missing and their families have no news of them. Making mass arrests, opening fire on unarmed protesters, and torturing prisoners to death, are clear examples of crime against humanity. Unfortunately, Europe has chosen silence and inaction about all of these crimes, something that contradicts many of Europe’s fundamental and joint commitments including the European Convention on Human Rights.” 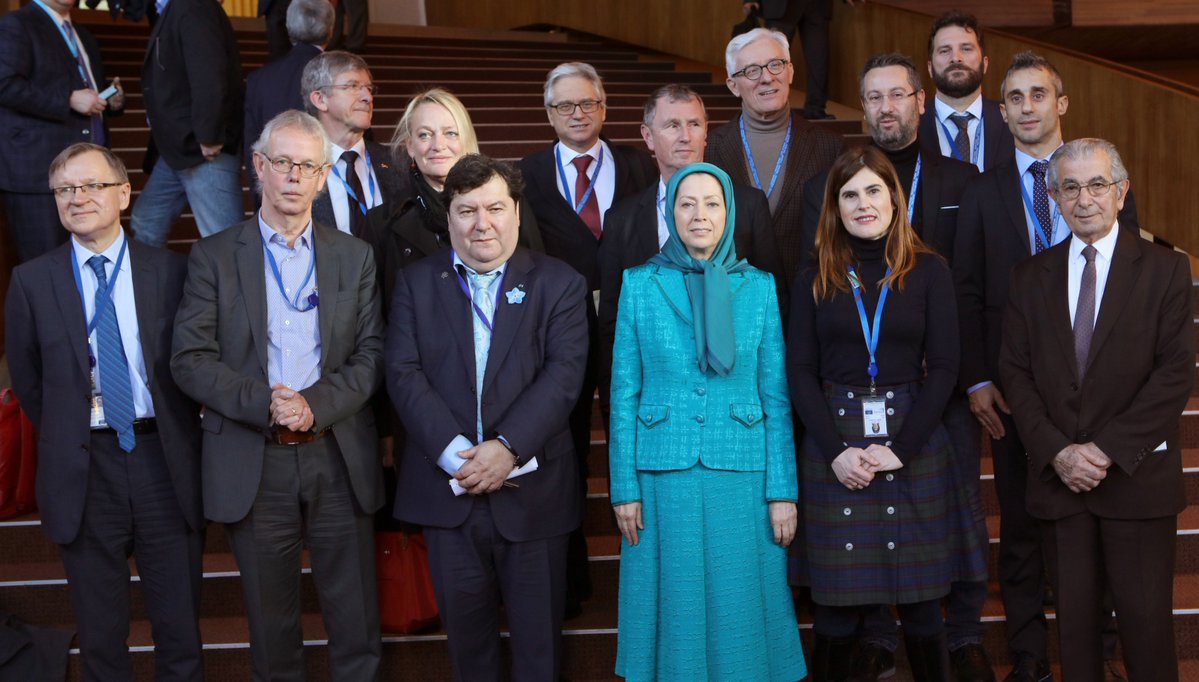 She added, “Iran is a powder keg and the protests continue to occur throughout the country. The regime is engulfed in crises. Corruption is an inseparable part of it. In the past month, the value of the country’s official currency has dropped 15 per cent. The regime is doomed to fall and the Iranian people are determined to continue their struggle to end the rule of religious dictatorship and establish freedom.”

She also noted, “In such circumstances, on behalf of the Iranian people and the Iranian Resistance, I urge the Council of Europe, the European Union and its member states, and the United Nations to stand beside the people of Iran and not the mullahs’ theocratic regime. The regime must understand that it has to pay a high price for opening fire on demonstrators and killing them under torture.”

Mrs. Rajavi also called for an international inquiry delegation to investigate the detention and deaths a of the detainees from the Iranian protests. She said the regime must be compelled to accept this delegation in Iran.

Mrs. Rajavi reiterated, “The Iranian people’s nationwide uprising has shown that the religious fascism ruling Iran is not legitimate and does not have any prospects of future survival. Investing in this regime is doomed to fail. All diplomatic and economic relations with the Iranian regime must be put to halt. Iran’s rulers must face comprehensive sanctions for decades of crimes against humanity. Iran’s economy is concentrated at Khamenei’s headquarters and in the hands of the IRGC. Doing business with this regime will only fuel its killing machine and its export of war and terrorism.”