In an online question-and-answer posted on ncr-iran.org, Dr Tahar Boumedra, formerly Chief of the Human Rights Office of the UN Assistance for Iraq (UNAMI), said the United Nations had “closed its eyes” while “violations” took place at the Baghdad site.

Since the agreement was announced on Tuesday, Iraqi forces have blockaded the gates, stopping all fuel, food, water and waste vehicles from entering, and prompting concerns of a growing humanitarian crisis.

Dr Boumedra said: “The UN, particularly the UNHCR, have recognised the residents of Liberty as people of concern, meaning they are protected people under international law.

“But the UNHCR is taking no action. They should by now have declared Camp Liberty as a refugee camp and they have failed to do so.

“And these people are living without an identification card of the UNHCR which exposes them to all kind of abuses, all kinds of threats and mistreatment. So the UN is violating is its own moral commitment and the UNHCR in particular is not respecting its own mandate and practices.

“The UN are closing their eyes while these violations take place.”

“They have implemented all kinds of different standards in other camps in similar conditions, so, in my view the UN has to reconsider its position.

“They have to act and act proactively. They should not wait until violations take place and then make some condemnations. No preventive action has been taken by the UN. We call on the UN to be proactive and take protective action before irreparable damage is done.”

Some 2,500 refugees from the main Iranian opposition PMOI-MEK are being held at the site in prison-like conditions and extreme temperatures of up to 50 degrees.

But Dr Boumedra said the Iraqi’s policy towards Camp Liberty was simply an extension of that “implemented in Ashraf”, and added he expected conditions in the camp “to get worse” following Iran’s nuclear deal with the West.

“They seem to be keeping the lives of the Ashrafi now in Camp Liberty unbearable. This is Iraqi policy, it’s documented, and the national security advisor Faleh Fayyad is the one implementing it. 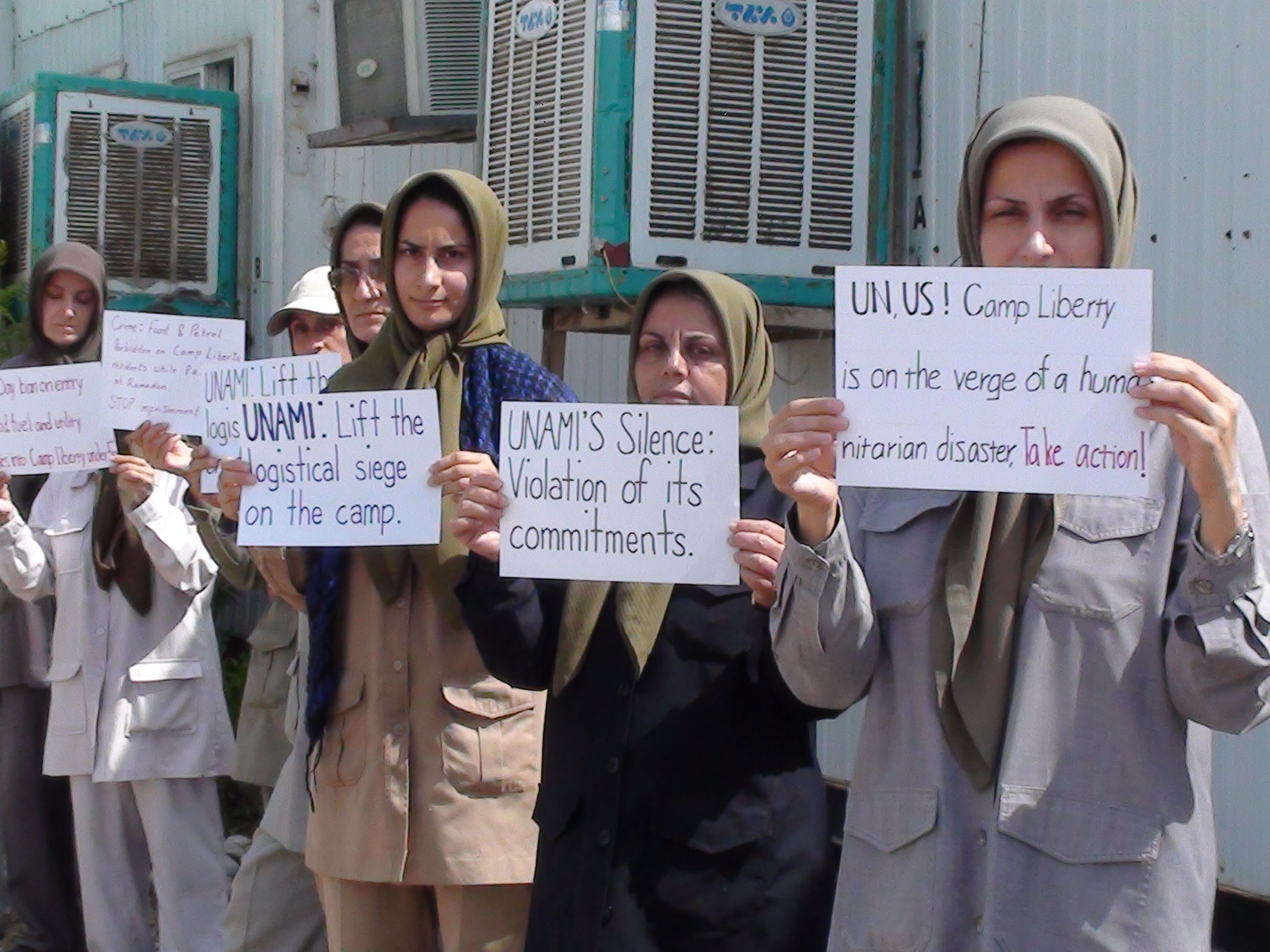 “The National Security Advisor is the policy-maker as far as Ashraf is concerned. He too promised to make sure that the people who remain in Liberty will have a hard time and indeed we can see what the Liberty people are going through every day.

“This is the policy implemented since February 2009. It’s the same policy, it’s persecution, it’s making life hell for the Ashrafis and I think now it’s going to be even worse.”

He also criticised the international community for helping the Iranians remove “all kinds of obstacles” that had previously prevented them from taking action against the camp’s residents.

“Now they have free hands regarding the situation of the Ashrafis, I fear that in the coming days the Iranians will try to sort out what they always threatened to implement.

“But we hope that reason will prevail and they will give way for humanitarian action to take place.”

Dr Boumedra concluded by suggesting a possible route forward: “We need to prepare a file to present to the public prosecutor of the ICC.”