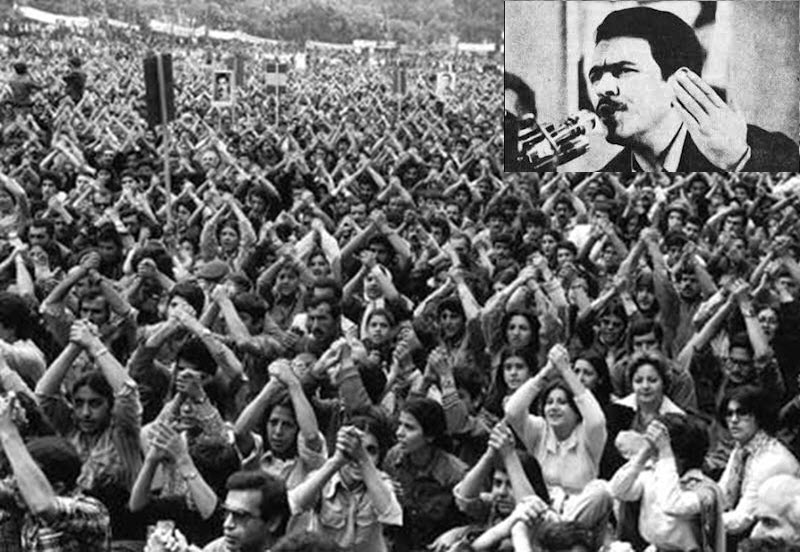 the MEK had been working towards the overthrow of the Shah and the re-introduction of democracy to Iran, when the MEK leaders were arrested. Only one of the MEK’s leaders, Massoud Rajavi, escaped execution and was released from prison after the Shah fled.

Upon his release, Massoud Rajavi gave a speech about how the MEK would bring freedom to Iran and how the Revolution would improve life for the Iranian people. Unfortunately, the theocratic mullahs had a different plan.

The mullahs’ lies to the people, the MEK, and the world

The mullahs were supporters of the Shah throughout the 20th century, even during the 1906 Revolution and the Mossadeq national movement, right up until the 1979 revolution, which meant they were in the ideal position to steal the revolution from the MEK and the people of Iran.

Unlike the freedom and democracy advocates, the mullahs were not imprisoned when the Shah fled, meaning that they could freely meet and organise. The mullahs saw their chance and hijacked the revolution.

First, they claimed to stand with the people and joined the people on the streets. Then, after the Shah left, Ayatollah Ruhollah Khomeini started to make promises to the people of Iran that the MEK had already been making, such as democratic government, gender equality, and press freedoms.

These were lies, but the mullahs believed that “all means are justified in the service of God”. Of course, none of their actions were in the service of any god, but rather their own self-interests. What god would want an unelected leader and theocratic regime?

Still, this deception worked and the Iranian people welcomed Khomeini, who they saw as an elderly statesman in opposition to the Shah, back from exile, not knowing that he would stand between them and a democratic government.

The mullahs even managed to trick the international community by lying to them about the roles of the clergy in the new Iran and temporarily allowing pro-democracy activist Mehdi Bazargan to have a role in the Regime.

In almost record time, Khomeini went back on his promises. He appointed religious leaders to positions of power rather than waiting for an election, refusing to put democracy activists in the interim government. He also gave himself the position of Supreme Leader, which made him essentially the king.

This behaviour angered the MEK who could see the dangers in the mullahs’ rule. The MEK’s leader Massoud Rajavi said: “ Step by step, the fundamentalist’s ogre began to wipe out the achievement of the revolution and solidify an autocratic theocracy in the name of Islam.”

The mullahs tried to get the MEK on side, promising Massoud Rajavi that if he supported Khomeini, that he too would have untold power, but Massoud Rajavi and the MEK rejected this.

The MEK was dedicated to a Free Iran, not favours for their leader, and so when elections were called in 1980, Massoud Rajavi announced the MEK’s political platform and positioned the MEK as the main opposition party to Khomeini and the mullahs.

This worried the Regime, who knew that the MEK enjoyed wide support among the public after their struggle against the Shah, so the mullahs instituted a secret campaign of violence against the MEK, perpetrated by Hezbollah.

The MEK, believing that democracy was still the answer, resisted the urge to fight back and remained non-violent. As a result, the mullahs rigged the election so that they would win.

In the final part of this series, find out about the rigged election and how the MEK reacted.