The photographs belonged to victims of the 1988 prison massacre in Iran. 30000 political prisoners, mostly members or sympathizers of the main opposition Mujahedin-e-Khalq (MEK) were executed in a matter of a few months following a fatwa (religious order) by the then supreme guide of the Islamic Republic Ayatollah Khomeini.

The prisoners were serving time on previous definitive sentences. Engulfed in severe social crises, Khomeini decided to liquidate all prisoners still sympathizing with his political opponents. A “death commission” was formed by a religious judge, a representative of the Intelligence apparatus and a prison authority to question all prisoners whether they still sympathized with the MEK. A “yes” answer would send the prisoner to the gallows, and that is what happened to the people whose photographs, after more than three decades, covered des Invalides.

Simultaneously, a conference was held in the Assemblee Nationale by the Committee for a democratic Iran, a parliamentary inter-group committee formed by MPs of different political trends who believe a firm policy towards the Iranian regime should be adopted by France and the EU.

The keynote speaker in the conference was Maryam Rajavi, president-elect of the National Council of Resistance of Iran (NCRI), the main opposition coalition comprising the MEK as its backbone. 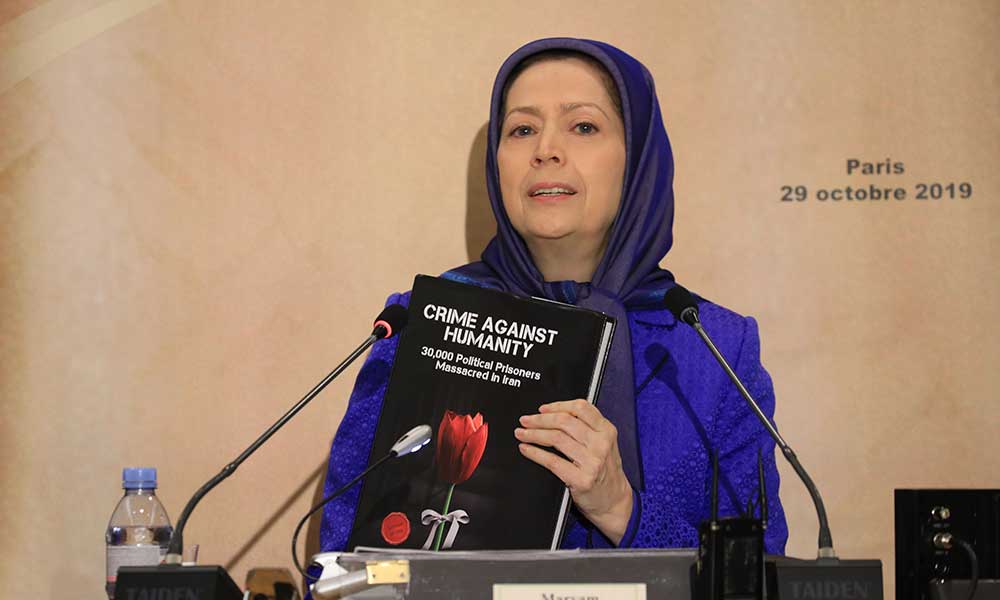 In her speech, Ms. Rajavi stressed that Iran’s ruling religious regime held the world record of political executions for four decades. She presented a recent document on the massacre of political prisoners in 1988 and stressed that the perpetrators of this massacre still occupy the highest positions in the regime. The mullah Ibrahim Raisi, a prominent member of Tehran’s death committee, acts as head of the Judiciary, where, Ali Reza Awa’i, the current justice minister, and Mustapha Pour Mohammadi, former justice minister in the Rouhani government, were also members of the death committees in Tehran and Khuzestan.

“This system carried out the largest number of executions of women in the world and committed the most heinous acts of torture against women,” said Ms. Rajavi. “Many women are now in prison because of their activities and beliefs.”

“All European efforts and the initiatives of the President of France to defuse tension have failed, and the regime continues its attacks on oil tankers in international waters and oil installations in neighboring countries,” she said.

Several French MPs from all parties spoke at the conference. 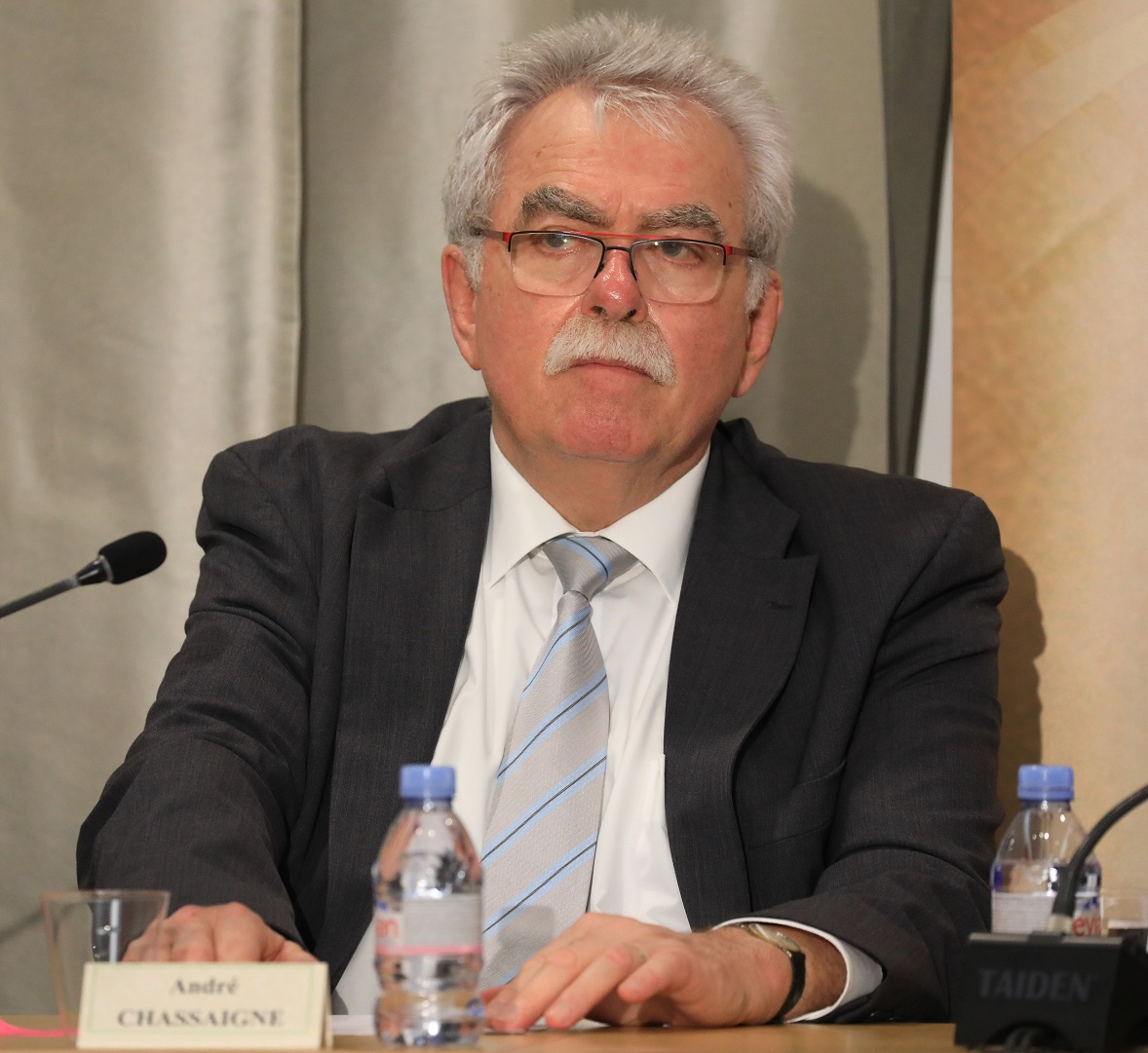 André Chassaigne, from the communist group, explained the developments in Iran after the nuclear deal and said that since then, Iran is boiling with popular protests. He added that the only way is to support the Iranian people in addressing the regime’s violations of human rights. He stressed that it is naive to try to modify the religious dictatorship; a regime change is the only way out.

For his part, the rightist MP Philippe Gosselin from the Republican party, co-chair of the Parliamentary Committee for a Democratic Iran, stressed the understanding presented by Mrs. Rajavi on the nature of the Iranian regime, referring to the conspiracy planned by Iran’s ruling clerical regime to blow up the annual General Gathering of the Iranian Resistance in Paris in 2018, which led to the expulsion of a regime diplomat in France, and another diplomat still imprisoned in Belgium awaiting trial.