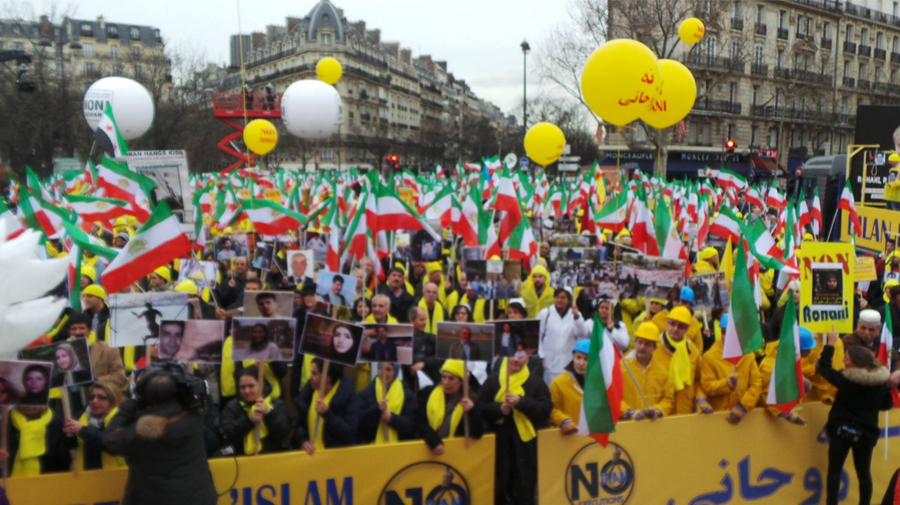 On Saturday, Iranian Parliament Speaker Ali Larijani confirmed reports that had appeared in some media shortly after the cancelation, claiming that the Austrian government had refused Iranian requests for the obstruction or revocation of licenses for protests that had been planned to coincide with Rouhani’s visit.

Of particular issue were the demonstrations organized by the exiled resistance group,  the People’s Mojahedin Organization of Iran (PMOI or MEK). In remarks carried by INSA and Tasnim News Agency, two of Iran’s state-run media outlets, Larijani said that the Austrians had “ignored” requests by the Iranian president’s security team for the withdrawal of a permit for the PMOI’s planned demonstration.

But Austrian President Heinz Fischer had originally said. “We have taken all necessary security precautions, but Austria cannot prohibit assembly and demonstrations,” he said. “The right to assembly is deeply rooted in the Austrian constitution… Assembly cannot be prohibited in our democracy.”

Despite Rouhani’s cancellation, the PMOI sup[orters went ahead with its planned protest actions aimed at calling attention to the persistence of Iran’s poor human rights record during Rouhani’s presidency, and advocating for the avoidance of any unconditional expansion of European relations with the Rouhani government.

Supporters of the PMOI chanted slogans describing Rouhani and Iranian Supreme Leader Ali Khamenei as “terrorists” and “enemies of Iranians” and calling for the end of the “fascist” system of government defined by “the principle of clerical rule.” The PMOI and its umbrella organization, the National Council of Resistance of Iran, have long called for regime change leading to a democratic system based on free and fair elections.

The groups accordingly rejected media reports of “reformist” victories in late-February elections for the Iranian parliament and Assembly of Experts. This narrative expands upon their insistence that the Rouhani government is not moderate in any meaningful way, contrary to the statements of many Obama administration officials and other Western policymakers.

While claims of moderation hinge upon Rouhani’s role in concluding a nuclear agreement with Western powers, the PMOI’s assessment of his presidency is buttressed by data such as the rate of executions by the Iranian judiciary, which reached a higher level in 2015 than at any time in the previous 25 years.

Supporters of the PMOI and the NCRI believe that the exposure of this and other relevant facts poses a threat to an Iranian foreign policy strategy that involves limited reconciliation with the global community at a time when the regime is continuing with familiar human rights violations and destabilizing activities in the Middle East.

NCRI member Shahin Gobadi commented upon the cancellation of the Austria visit by saying, “It vividly indicates the mullahs’ concern and anxiety over the Iranian Resistance’s growing impact at home and abroad. It has reached a point that the regime can no longer even hide its concern about a demonstration by the Resistance several thousand kilometers away from Iran.”

Iranian Health Minister Qazi-zadeh Hashemi, who was set to accompany President Rouhani to Austria, appeared to undermine the official claim that the cancellation was related to immediate security concerns. In defending the administration’s move, Hashemi said that taking a stand on the issue of PMOI protests was a matter of the “regime’s honor.”