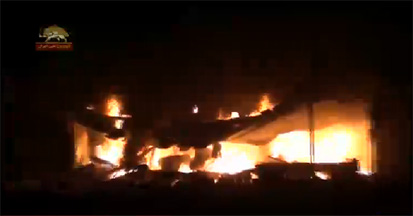 Despite passing of three days since the fourth rocket attack on Camp Liberty, condition of three PMOI members Hassan Mohammadi, Khossrow Rezai and Yahya Ziyarati remains critical. To save their lives and for their recovery, the Iranian Resistance calls on the UN High Commissioner for Refugees and the European countries to immediately transfer these three to Europe and emphasizes that the Iranian Resistance assumes all expenses for their transfer, lodging and treatment.

One of the wounded Hassan Mohammadi has suffered several shrapnel wounds to the stomach and leg and has badly bled. So far, he has undergone several surgeries, but according to physicians his condition remains critical. Hassan Mohammadi is son to Ali Mohammadi, a PMOI martyr that was executed by mullahs’ regime henchmen during the massacre of political prisoners in 1988.

Another one of the wounded Khossrow Rezai has suffered an eye injury but despite a surgery is threatened with losing his eyesight.

Yahya Ziarati suffered a massive heart attack due to the intensity of explosion and remains in CCU.

PMOI member Pari Reza-zadeh was maimed due to a shrapnel injury to her hand and her finger has been cut off.