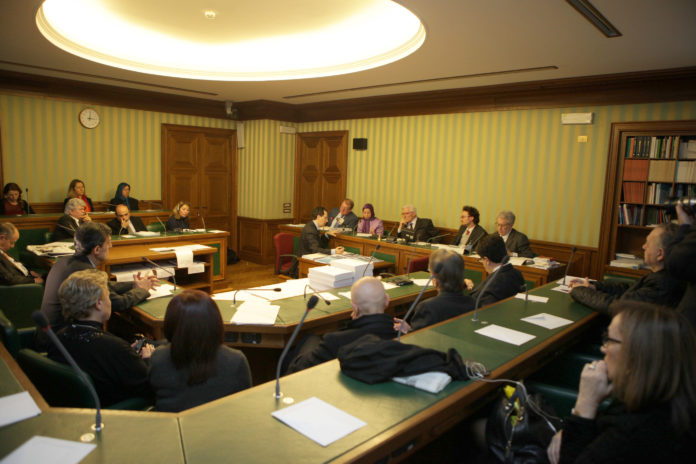 Former Foreign Minister of Italy Giulio Terzi described the #Iranian society as a reactive and young society that is in opposition to the current government.

Mrs Maryam Rajavi, the president-elect of the Iranian resistance, in a message to the hearing referred to the wretched human rights record of the “moderate President” of the Iranian regime, Rouhani with atrocities such as the recent acid attacks on women and the stabbing of girls by agents of the regime. She said that at least 1,200 have been executed since Hassan Rouhani became President in Iran.

The message that was conveyed to the Senate hearing, by Dowlan Norouzi, representative of the National Council of Resistance of Iran, also referred to the continuous medical siege on the members of the Iranian resistance, stationed at CampLiberty-Iraq and called on the Italian government to act to end the siege on CampLiberty. She asked the Camp Liberty file to be handed over to organizations with no ties to the Iranian regime.

Mr. Struan Stevenson, former MEP and the president of the European Iraqi Freedom Association (EIFA) reported on the consequences of the Iranian government’s meddling in Iraq giving a roadmap for the aftermath of the ISIS invasion.

Mr Stevenson said,“The sudden emergence of ISIS became a convenient focal point enabling Maliki to accelerate his sectarian campaign against his political foes. Indeedthe reason ISIS made such rapid and spectacular gains across large areas of Iraq was because they faced little or no resistance from the Sunni tribes, who often preferred the Islamic State to the brutal Iranian-led militias that had been terrorizing them for years.”

He added: “The world now looks to Haider al-Abadi to take control and restore orderinside Iraq. He must begin by rounding up the savage militias associated