Maryam Rajavi made her plea to the United Nations Security Council and the European Union, asking for urgent action to end the crimes against humanity that are taking place and the suppression of the Iranian people in general. 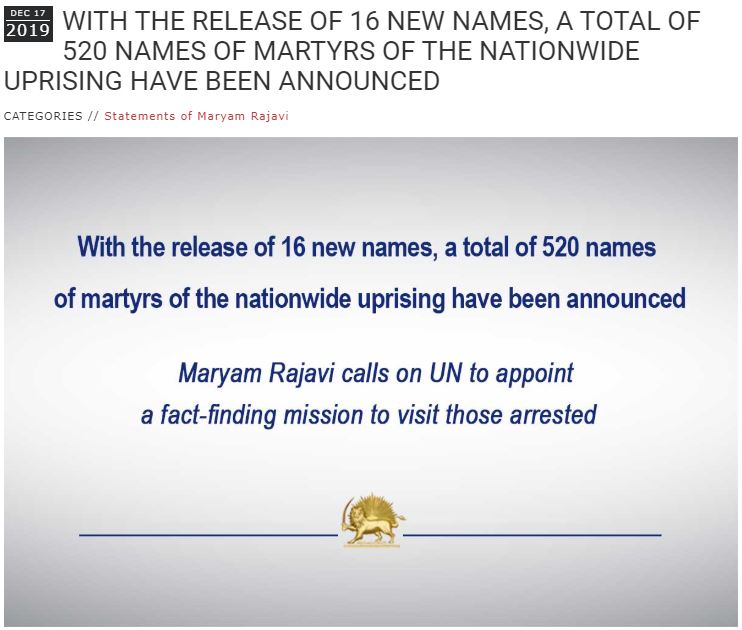 She said that the Iranian Resistance has now confirmed that over 1,500 protesters, including young children, have been killed so far by regime forces, including 400 in Tehran, 320 in Kermanshah, 270 in Fars, 240 in Khuzestan, 120 in Isfahan, and 100 in Alborz. However, the numbers are significantly lower than the true totals because eyewitnesses report that hundreds of bodies, taken to Namazi hospital in Shiraz during the protests, have not been included in the death toll. 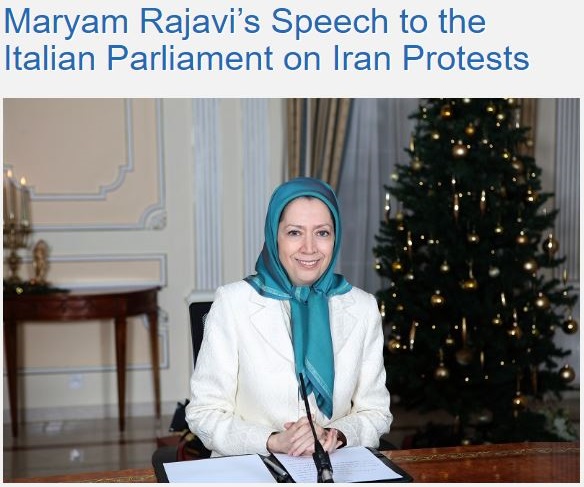 Maryam Rajavi said: “The Iranian regime has remained silent and is trying to conceal the facts. One month after the nationwide uprising, the clerical regime, fearing the domestic and international consequences of its crime against humanity, is doing its utmost to hide the number of martyrs and their names as well as the number of those arrested and imprisoned. The suppressive forces refuse to hand over the bodies of those killed to their families. Many of those martyred were snatched from hospitals or streets and buried in unknown locations.”

She explained that the regime is even holding some of the martyrs’ bodies’ hostage until their relatives can pay for the bullets used to kill their loved ones and in some cases children. This is especially traumatic in a country where 80% of the population is below the poverty line and Islamic burial is usually within 24 hours of death.

Maryam Rajavi said: “This shocking crime is undoubtedly one of the most horrific crimes of the 21st century and by any measure amounts to a manifest case of crimes against humanity. The international community must banish the religious fascism ruling Iran.”

Maryam Rajavi advised that the Resistance has just identified 28 additional martyrs, bringing the total of those named to 504. Hundreds more are unidentified, buried in mass unmarked graves, or slung into rivers and dams.

She said: “The United Nations Security Council and the European Union must take urgent action to stop the crackdown in Iran and crime against humanity and secure the release of those arrested. Once again, I urge the UN to establish an international fact-finding mission to investigate this major crime and visit the regime’s prisons and the prisoners.”

She also urged the UN Secretary-General to condemn Iran’s crackdown and dispatch a fact-finding mission to Iran to visit those arrested. She also called for a Security Council session to hold regime leaders to account.

Maryam Rajavi said: “The international community’s inaction vis-à-vis this massacre, one of the most heinous atrocities in the 21st century, has scarred the conscience of contemporary humanity and will be construed by the regime as a green light to continue and intensify its crimes.”