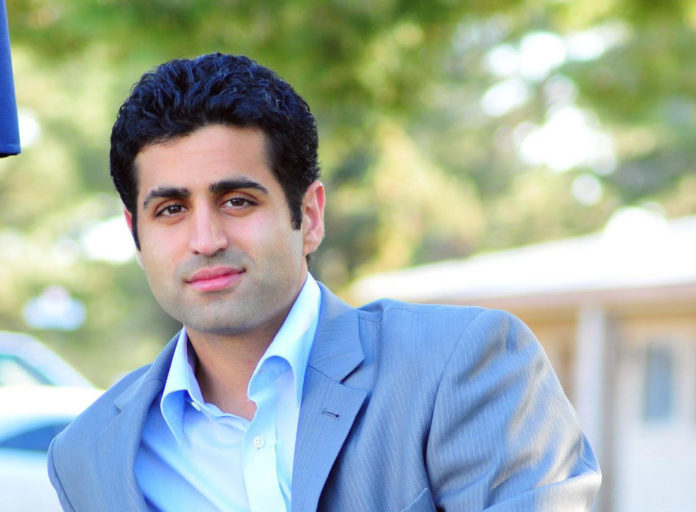 Camp Ashraf had been home to 3,000 Iranian refugees over the last three decades, most of whom belonged to the principal Iranian opposition movement, the People’s Mojahedin of Iran (PMOI/MEK). Camp Ashraf was built from the ground up by dissidents who escaped the repressive regime in Iran and it soon became a symbol of resistance. Following the American invasion of Iraq, the members of the PMOI were given “protected persons” status under the Fourth Geneva Convention, and received individual guarantees of safety by the United States. The United States delegated this responsibility to the Iraqi government in 2009, despite the fact that Iraq’s Prime Minister, Nouri al-Maliki, had long been a close ally of the regime in Tehran.

It did not take long for Maliki and Iran to strike. Between 2009 and 2011, multiple raids were launched against the camp by the Iraqi army, resulting in 49 deaths and hundreds of injuries. These attacks led to the temporary relocation of the majority of residents from Camp Ashraf, to the UN-run Camp Liberty near the Baghdad airport in February 2012. Pursuant to the relocation agreement between the UN, US, Iraq, and Ashraf residents, 100 members of the camp would remain in Ashraf in order to secure and properly dispose of the property which was left behind.

In the early hours of September 1st, 2013, 52 of the 100 residents in Ashraf were murdered in cold blood, while the United States and the UN stood by in silence. Among these brave few was my father, Ali Emadi. He had laid the electrical infrastructure and was responsible for the entire power grid at Ashraf. Hence, he felt obligated to remain behind and ensure the city and its property was properly cared for during the transition.

The plot against the residents of Ashraf was reportedly undertaken in anticipation of military strikes in Syria and a potential blow against the Tehran backed axis, which includes Iraq. The scenes and images which emerged from the Camp paint a horrific picture of brutality and systematic murder, as some residents appear to have been shot in the head after being handcuffed while others were executed after being taken to the camp’s clinic to receive emergency treatment. Although I was struck with horror, I felt deep pride knowing my father died for a cause and people he both cared about and sought to protect.

The Iraqi government gave conflicting reports of the incident, first stating that military units had not entered the camp, and claiming that the Ashraf residents were killed by “infighting,” then claiming the Ashraf residents were killed after they “stormed” a post at the camp. The Iranian regime in turn gloated over the deaths, claiming as many as 70 individuals had been killed by Iraqis who attacked the camp to seek revenge against the MEK. The reports by Iran and Iraq are an absurd attempt to conceal their own involvement in a blatant crime against humanity.

The attack was condemned by the United States and the United Nations. “On previous occasions the Iraqi authorities have failed to conduct effective investigations into attacks on camps housing Iranian exiles. This has meant that no one has been held accountable for these incidents, and that residents live in constant fear for their safety,” said Hassiba Hadj Sahraoui, Deputy Director for the Middle East and North Africa at Amnesty International.

In fact not a single proper investigation has occurred against any of the attacks against the residents of Ashraf and Camp Liberty. Despite the repeated assurances by the United States and the United Nations in this regard. While the world is debating whether the United States has a humanitarian obligation towards the conflict in Syria, there is a deafening silence in regards to its  very clear obligation to the residents of Camp Ashraf.

Mrs. Maryam Rajavi, leader of the pro-democratic organization, the National Council of Resistance of Iran (NCRI), was joined by many American dignitaries including Howard Dean, Tom Ridge, Louis J. Freeh, Hon. Judge Michael B. Mukasey, among others in calling for an international fact-finding committee to conduct an independent and thorough investigation into the massacre in Ashraf. She also called for the release of seven camp residents who were taken hostage by the Iraqi military, and whose whereabouts remain unknown.

The deaths and bloodshed in Ashraf could have been avoided if the United States lived up to its obligations, and the United Nations intervened to protect the lives of the innocent. As stated by Mrs. Rajavi “the UN and the U.S. government, with direct responsibility for security of residents of Ashraf and Liberty for various reasons, need to resort to practical measures after this great crime against humanity. In particular, protection of Liberty and Ashraf that was illegally handed over to Iraqi killers in 2009, should be given to UN blue helmets according to international law, including the Responsibility to Protect (R2P) as well as article 45 of the Fourth Geneva Convention.”

The United States should not forget the duty it owes to the remaining refugees in Camp Liberty, who continue to face ongoing threats to their safety and security.  The United States must ensure that those who remain in Camp Liberty, including over a dozen more of my relatives, do not meet the same tragic fate as my father and those who remained in Ashraf.

Amir Emadi is an advisory board member and spokesperson for the Organization of Iranian-American Communities. He holds an MBA in Global Management and a BA in International Security and Conflict Resolution.