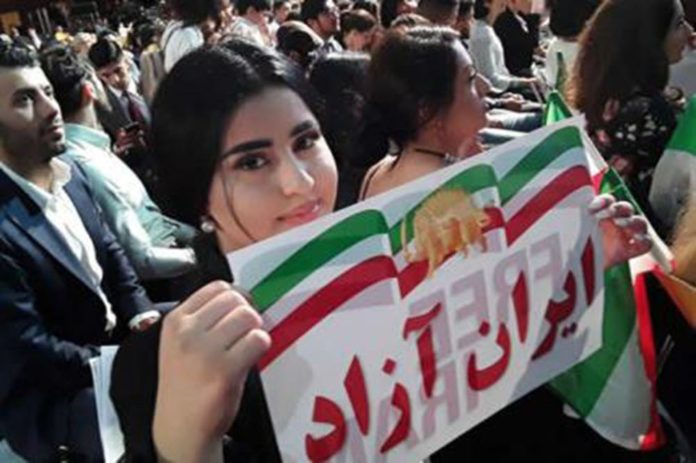 But what of their attempts to discredit the MEK within Iran?
Well, it starts surprisingly early, spreads through much of daily life, and doesn’t work at all. Let’s look at it in more detail.

In Iran, children as young as seven start their school day by insulting the MEK or as the Regime makes them say “monafeghin” (meaning hypocrites). By forcing children to repeat this in school like times tables, the Regime attempts to dress this up as education or convince children that this is true. Luckily, most parents are able to tell their kids the truth.

In Iran, the leaders of Friday prayers end their speeches with slogans of “Death to the monafeghin (MEK)”, which is just one way that the Iranian Regime bastardises Islam in order to discredit the MEK.

Many Regime members also call for the death of the MEK at the end of their speeches, which then get repeated by every news outlet covering the speech.

The Iranian Regime make no secret about the fact that they want the MEK to die, which is why you shouldn’t be surprised that the Regime has a number of horrific and brutal punishments that they levy against MEK members and supporters, as well as, anyone who “in any way is active or effective in advancing its cause”.

The vagueness of the second part means that the Regime can use this to punish anyone that they do not like.

The punishments, listed in Article 186 of the Islamic Punishment Act, include, but are not limited to:

To make matters even worse, the Regime will go after the family or friends of MEK members; sometimes punishing the loved ones of the MEK member in their place.
Why does the Regime try so hard to discredit the MEK?

The Regime claims that the MEK is waging war on god, but in reality the MEK pose a great threat to the ongoing rule of the mullahs because of the MEK’s popularity in Iran. It’s the same reason why that banned the MEK in the 1980s. They know the MEK will overthrow them.

It’s hard to establish the true numbers of MEK supporters in Iran because of the punishments and the overall discrimination against the MEK, but we know that the MEK is very popular in Iran through the amount of MEK leaflets and banners that are pinned up, the money that funds the MEK’s TV station, and the number of people arrested for MEK affiliation.

This will only grow until the mullahs are overthrown.