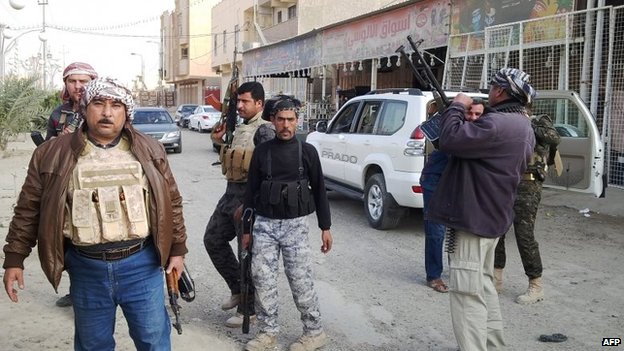 Conflict between the Iraqi tribesmen with Malikis security forces that had broke out after the arrest of Dr. Ahmad Alalwani in Alanbar and other Provinces entered its third day.

Aljazeera reporting on the developments in Alanbr province said that the Tribal forces managed to overtake a government compound and stop the broadcast of Alanbar Television station. Several people were killed and wounded in this operation. The tribal forces also managed to overtake a government compound in Fallujah that include the Fallujah police station, Power Department, City Council and other governmental institutions. The tribal forces then attacked the Fallujah prison and freed the prisoners.

Aljazeera reported in the city of Garmeh East of Fallujah following the arrival of reinforcements  for Maliki forces intense battle pursued with the tribal forces. More than 60 people including many officers of the Iraqi Army surrounded to the armed tribesmen. The tribesmen had announced they will guarantee the safety of the soldiers who refuse to fight.