Iran Nuclear Proposals: Not Enough, or Too Much? 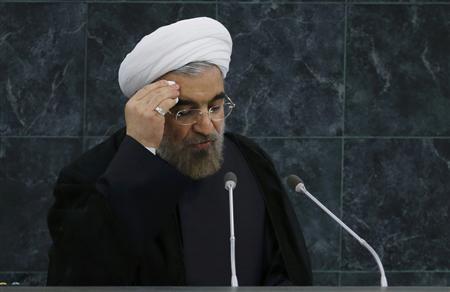 INU - The issue of Iran’s human rights record was raised by chief US nuclear negotiator Wendy Sherman in her latest comments about the talks between Iran and the P5+1. The various parties had been meeting on the sidelines of the UN General Assembly this week, and Sherman reports that talks between Iran and the US “boil down to two things”: the nuclear issue and the Americans imprisoned in Iran, namely Pastor Saeed Abedini, former Marine Amir Hekmati, and Washington Post correspondent Jason Rezaian.

Sherman indicated that US officials “really hoped that there would be some humanitarian gestures when President Rouhani came to the United States.” But this has not been the case, and indeed Rouhani and his Foreign Minister Mohammad Javad Zarif have both dodged the issue, insisting that it was a matter for the Iranian courts only.

On the nuclear issue, Sherman merely re-affirmed the qualified optimism that has dominated public statements from both sides, saying that progress had been made on “very complicated,” “very technically detailed” negotiations, but that differences remained.

In short, the essential remaining difference is that the United States, Britain, France, and Germany expect Iran to give up a significant portion of its current uranium enrichment capability, and Iran refuses to give up anything of value to the negotiations. The US has softened its position considerably, but Iran has not responded favorably to any new proposal.

Fox News provides details on the latest US proposal, which has generated consternation from Republican lawmakers and other critics of the talks who believe that the US is giving up too much in exchange for no real Iranian concessions. The proposal allows letting Iran keep about half of its currently-operational enrichment infrastructure, but reduce the amount of uranium gas fed into the machines, in order to delay the likely breakout time for a nuclear weapon.

Of course the United States is not the only party to the talks that is putting forward proposals. There are many alternatives on the table, according to French Foreign Minister Laurent Fabius, as quoted by the Miami Herald. Fabius reported that in spite of this, and in spite of the fact that the US’s official position has come to allow 3,000 more centrifuges than it previously had, “there are no significant advances at the moment.”

It is hard to see any explanation for this lack of progress other than Iranian intransigence and excessive demands. This seems to be underscored by the regime’s response to President Rouhani having met with British Prime Minister David Cameron ahead of both individuals’ speeches at the UN General Assembly. Iran Pulse reports that Ismail Kowsari, a member of the Iranian parliament’s National Security and Foreign Policy Committee, suggested that such meetings had no benefit, particularly in light of the fact that Cameron went on to call attention to Iran’s support for foreign terrorist organizations in his speech.

In this sense, the objection to Rouhani’s meeting with foreign leaders seems to be largely based on the fact that those meetings do not generate complete alignment with and deference to the Iranian narrative on issues of concern to both countries. Furthermore, Kowsari’s remarks seem to be part of a rising tide of pressure to reverse Rouhani’s pragmatic strategy of talking to foreign nations in hopes of gaining concessions, sanctions relief, or delays. The conservative news outlet Raja cited Cameron’s anti-terrorist remarks as the only outcome of that foreign policy strategy.

Meanwhile, some English language news outlets continue to call attention to the more serious, more potentially damaging outcomes that a policy of rapprochement could have for the West. A Reuters report on Friday called attention to the worries that many Western policymakers and analysts have of Iran’s “sneak-out” capability, as contrasted with its “break-out” capability. Break-out refers to the speed with which the regime could quickly enrich enough uranium in its known facilities to be able to create a nuclear warhead. Sneak-out refers to the possibility of the regime using unknown facilities to enrich uranium and conduct weapons research beyond the sight of international inspectors.

Sneak-out is arguably more likely, considering that Iran is actively denying inspectors access to suspicious sites such as the Parchin military installation. Also, two crucial nuclear sites, Natanz and Fordow remained unknown to the international community until revealed by foreign intelligence and the Iranian opposition. As such, the Iranian opposition has long maintained that any acceptable nuclear deal must include Iran’s acceptance of the Additional Protocol to the Nuclear Non-Proliferation Treaty, allowing unrestricted, snap inspections.

The Reuters report indicates that sneak-out would require secrecy at every stage of the development process, from mining or importation of uranium, to enrichment, to weaponization. But this is perhaps not at all unfeasible, as Iran has extensive practice conducting illicit transactions with its allies and secretly shipping arms and military equipment to terrorist organizations and rogue states.