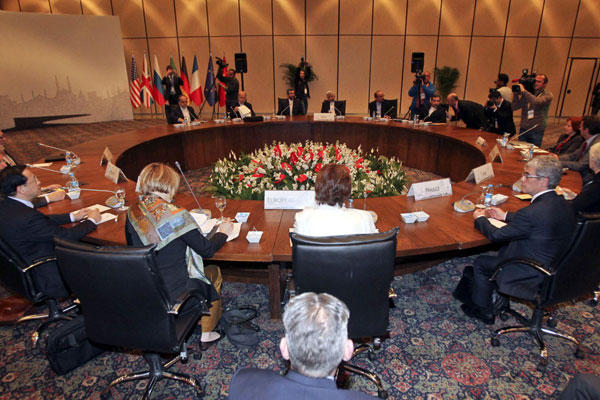 Although the recent approach to those negotiations, especially by US President Barack Obama, has been widely criticized, even some of Iran’s harshest critics are apparently conceding to letting this latest extension run its course before new and more confrontational actions are taken. Israeli Prime Minister Benjamin Netanyahu expressed tentative support for the extension when it was announced, declaring that it was a better outcome than the likely alternative in which the West accepts a weak deal that would have left Iran with significant breakout capability for a nuclear weapon.

Now Reuters is reporting that the broader Israeli leadership has indicated that it will not push for new economic sanctions against Iran unless the latest deadline lapses without a favorable agreement.

“Within the framework of the extended talks, we think what is right is a steady and strong sanctions regime,” said Yuval Wollman, the Director General of the Israeli Intelligence Ministry. “We are not dealing with additional sanctions now. I know of no position calling for that, officially or unofficially.”

This seems to stand in contrast to the pessimism expressed by Netanyahu. That is, it suggests that Israel is at least somewhat confident in the United States sticking to its demands for significant constraints on Iran’s enrichment capacity and related work. This confidence may be at least partly in response to the results of recent US elections, which will install a Republican majority in both houses of Congress, bringing with it a more aggressive Iran policy.