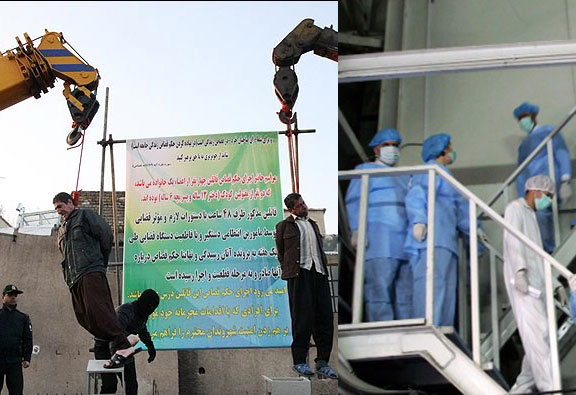 On Saturday, March 15th, the Speaker of mullahs’ Majlis Ali Larijani reacted to Ki-moon’s report: “The United States and the United Nations ought to know that they are the party ruining the negotiations.”

Recently, Ahmed Shaheed noted that when the UN Secretary-General Ban Ki-moon is attacked, you can bet the Iranian people are being treated much worse.

Ki-moon, in a report on March 11th to the UN Human Rights Council, criticized Hassan Rouhani’s government for its failure to extend liberties in Iran. He noted that many of Iranian president Hassan Rouhani’s campaign promises have turned out to be lies and nothing has been done to further freedom of expression and thought in Iran.

Ki-moon also commented on the extensive crackdown on the Iranian media and the great number of political prisoners in the country.

Mullahs’ Speaker of the parliament criticized Ki-moon’s report and stated: “The U.S. and UN officials ought to know that they are the party ruining the negotiations and they should not pin the blame on Iran.”

Ali Akbar Velayati, Khamenei’s Advisor, also reacted to the report and claimed Ki-moon was affiliated with the United States.