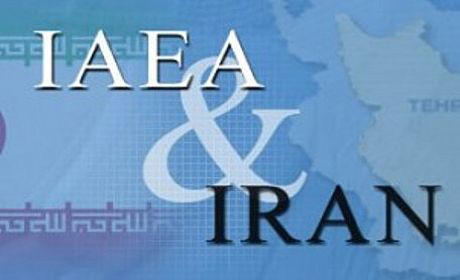 The Bipartisan Policy Center released an infographic on Thursday titled “Evaluating a nuclear deal with Iran.” It brings together the demands and recommendations that have been specified on various key points by several different organizations: the US Congress, the P5+1 negotiating team, the Brookings Institution, the International Crisis Group, and the Jewish Institute for National Security Affairs.

Furthermore, the infographic compares these expectations to the known situation prior to the signing of the Joint Plan of Action, and during the interim period that is now drawing to a close. Although the document is missing information about specific Iranian demands – such as a 19 times expansion of its enrichment capability – it still helps the reader to visualize the distance between the current state of Iran’s nuclear program and the minimum acceptable situation according to each of these groups. The gap is significant, as can be seen here:

Meanwhile, Benjamin Armbruster of the Center for American Progress has issued a report detailing the key provisions that will be required of any effective nuclear deal. It says that effective verification is essential, and specifies that the only way of securing this with certainty is to require Iran to ratify the Additional Protocol to the Nuclear Non-Proliferation Treaty, allowing for snap inspections of undeclared sites.

Armbruster says that the issue of the issue of the Arak heavy water facility, which has raised concerns about a plutonium pathway to a bomb, is probably not a great cause for concern. But he adds that the West should verify that the agreed-upon changes to the currently non-operational facility are not easily reversible. Uranium enrichment is the much more likely pathway that Iran would pursue towards a nuclear weapon, and the Additional Protocol could help to see that this pathway is not available.

Armbruster also agrees with a recent letter from Republican congressmen to President Obama, saying that a nuclear agreement must somehow address Iran’s ballistic missile development. This is also regarded as a less important consideration by Armbruster, but still something that must be noticeably present in the agreement.

The Armbruster report also acknowledges that the deal must somehow address past possible military dimensions of Iran’s nuclear program, even though the IAEA’s assessment of this may not be complete for some time. Still, assessment of this topic will help the international community to determine the exact danger that exists from Iran’s nuclear program, and how to respond to it in the event of a broken deal.

Nevertheless, Armbruster appears to place the vast majority of his emphasis upon the issue of nuclear enrichment. This is a perspective that Greg Thielmann agrees with in a Reuters blog post, even going farther than Armbruster by specifically advocating for abandoning preoccupations with past possible military dimensions.

Thielmann contends that forcing Iran to confess to all of its previous activities will not help Western powers to secure meaningful compromises on its current activities. He acknowledges that this information should be actively sought, but believes it is not attainable through negotiations with Iran. As a matter of practicality, Thielmann thinks it is important for the West to fully devote its energy to developing an effective monitoring scheme and to impose adequate limits on Iran’s breakout capabilities, regardless of its prior intentions.

The National Council of Resistance of Iran (NCRI), the coalition of Iranian opposition groups, with the People’s Mojahedin Organization of Iran (PMOI/MEK) as its pivotal force, in its grand gathering on June 27 in Paris, underscored that any acceptable deal should include compelling the mullahs to shut down their entire bomb-making, enrichment and heavy water program, and to implement all UN Security Council Resolutions.

According to the NCRI, the comprehensive agreement should also demand Tehran to accept the Additional Protocol of the non-proliferation treaty (NPT), and allow unhindered and unconditional international inspections of all its suspected nuclear and military sites.