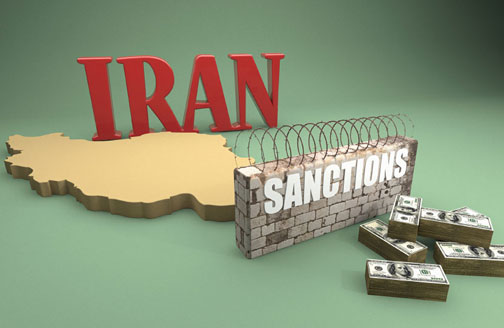 Various officials with close ties to the agreement remained optimistic about its prospects on Monday, albeit with differing levels of specificity. The European Union’s head of foreign policy, Federica Mogherini pointed out that no date had yet been set for full implementation, according to Reuters. But she also indicated that the steps toward that end are proceeding quickly, making the EU confident that Implementation Day could come “rather soon.”

Reuters added that Iranian President Hassan Rouhani gave his projected timeframe for the removal of sanctions as being within “the next few days.” Rouhani was among the first to project an early-2016 date for implementation, meaning that some Western commentators have now effectively adopted his talking points. However, his earlier projections were even more optimistic, as well as being dramatically out of step with the views of Western analysts, who expected that Iran would take up to six months to complete its requirements under the Joint Comprehensive Plan of Action.

The differences between these two categories of estimates have led some of Iran’s critics to question whether the regime’s implementation measures can be complete and thorough while also being accomplished within Rouhani’s timeframe. Nonetheless, overall media reports seem to indicate that this skepticism is now relegated to the minority. Certainly, the leading officials in the powers involved in the agreement have tended to either be as vague as Mogherini or else to directly mirror Rouhani’s comments.

Illustrating this point, an editorial in the American Thinker pointed out on Monday that US Secretary of State John Kerry joined in saying that the lifting of sanctions is just “days away,” and would happen “sooner rather than later.” The editorial was sharply critical of this apparent willingness to move very quickly toward implementation, even in the midst of Iranian provocations that have reinvigorated congressional opposition to the current trend toward rapprochement between the US and its traditional Middle Eastern enemy.

With these provocations in mind, the Republican-led Congress is putting pressure on the Obama administration and striving to limit the president’s ability to suspend sanctions that will technically remain on the books even after Implementation Day. The American Thinker points out that the US House of Representatives is planning to vote next week on a bill that would require the White House to prove that entities are not linked to Iran’s ballistic missile program or its support for terrorism before they are removed from sanctions lists. The editorial adds that this vote comes at a time when Congress is also considering other steps to obstruct or limit the impact of sanctions relief.

In the interest of the latter goal, many congressmen are urging the White House to follow through on previously-announced plans to impose new sanctions related not to Iran’s nuclear program but specifically to the nuclear-capable ballistic missile program that Tehran has continued to expand in the wake of the nuclear agreement. The regime tested one such missile in October, and the United Nations later confirmed that this was a violation of international resolutions banning such work by the Islamic Republic. Another test in November involved a ballistic missile that was capable carrying an even larger payload over a longer distance.

The Department of the Treasury planned to sanction nearly a dozen entities with known ties to this provocative ballistic missile program, but then held back from actually implementing them, leading to criticisms that the White House might not have the political will to demonstrate that Iran will face consequences for more of the same behavior. The reasons for the delay were never specified, but they likely relate either to worries that Iran will use any sanctions as pretense to walk away from the deal, or to worries about the political effects of a general increase in tensions.

Even some traditional supporters of the Obama administration have proven to be critical of this reluctance. On Monday, the editorial board of the New York Times acknowledged that some delay in the imposition of new sanctions might be justified, considering that Iran’s implementation of the nuclear deal is reportedly days away. But the article nonetheless argued that it is crucially important to sanction the Islamic Republic over its ballistic missile violations, even as Western powers follow through on the lifting of sanctions specified by the JCPOA.

Congressional Democrats have said much the same thing, as pointed out by the Wall Street Journal on Monday. While many members of the president’s party are at odds with Republicans over the broader issue of the nuclear deal and the current approach to Middle Eastern diplomacy, the pressure for ballistic missile sanctions appears to be strongly bi-partisan. However, a key difference between the two parties appears to be their respective confidence about the president’s willingness to respond favorably to such pressure.

The Journal notes that leading Democrats have proposed legislation to give the White House greater authority to impose new sanctions in response to Iranian violations. But Republicans are naturally skeptical about whether this authority would have any practical impact. Their case has arguably been bolstered as more information has emerged regarding the Obama administrations current and historical decision-making with regard to Iran.

For instance, The Tower emphasized on Sunday that according to current and former US officials, the Obama administration rebuffed requests to assist the Green Movement that emerged in 2009 from the protests over the disputed reelection of President Mahmoud Ahmadinejad. The White House apparently even directed the CIA to avoid any activities that might have supported the anti-regime factions, even though the Green Movement was described as the best chance for democratic reform since the Islamic Revolution of 1979.

Following this apparent neglect of the reform movement, the Obama administration seized on the 2013 election of the pragmatist Rouhani in order to justify negotiations and rapprochement. The notion of Rouhani’s moderation has been widely disputed by congressional Republicans as well as by Iranian reformists and dissidents such as the National Council of Resistance of Iran.

The extensive disagreement over this issue has also buttressed arguments that the Obama administration lacks the will to take punitive measures against its Iranian counterpart. Critics of this reticence have eagerly pointed to provocations such as the October and November ballistic missile tests in order to dispute the White House’s narrative of moderation.

In December, they received more ammunition in the form of Iran’s decision to “test fire” unguided rockets in the proximity of US naval vessels. While the Iranian Revolutionary Guard Corps initially denied that any such tests took place, Arutz Sheva notes that the US released footage of the incident on Saturday, thereby exposing the regime’s lie and further undermining the idea of Iran’s willingness to deal in good faith with the West.