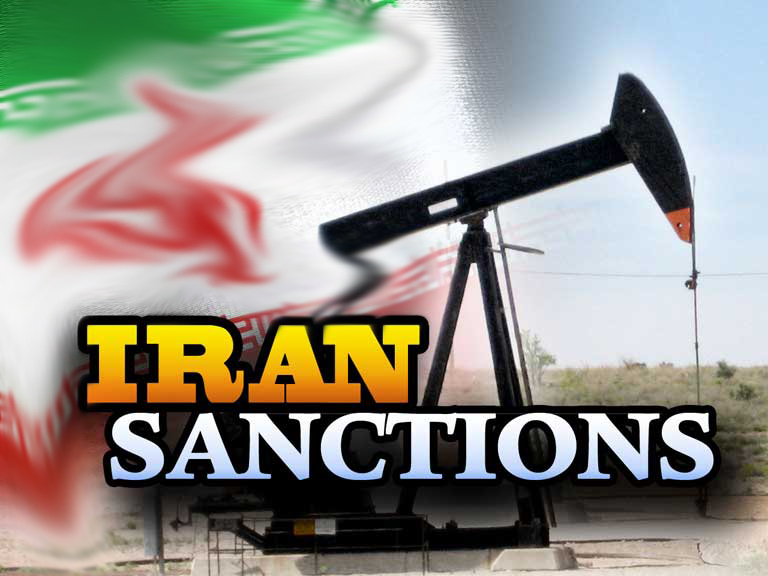 Slattery also told public radio interviewer Steve Kraske that he believes the testing of Iranian commitment to a nuclear agreement should be a crucial part of the US position. Yet this process of testing appears to be something that Supreme Leader Ali Khamenei has rejected outright. That is, the Associated Press reported on Wednesday that Khamenei had said of the US, “this enemy cannot be trusted” because it continued to reject Iran’s insistence that all economic sanctions be lifted at once upon the conclusion of negotiations.

The US and its allies have long maintained that the only viable arrangement for removal of sanction is one in which the Islamic Republic earns those sanctions piecemeal by proving that it is following through on its obligations over the course of months or years. Iran’s harshest critics have expressed much concern about the possibility that it is already cheating on the interim agreement that went into effect one year ago. Even moderate critics of the regime recognize the possibility of Tehran reneging on a final agreement before its breakout period for a nuclear weapon is significantly affected.

Indeed, these concerns are arguably enhanced by Khamenei’s disparaging remarks about the negotiations and his insistence upon an economic policy that assumes the continuation or later renewal of international sanctions. Reuters reports that Khamenei, seeming to presuppose the failure or abandonment of negotiations, declared that Iran must “immunize” itself against sanctions.

Furthermore, the ruling cleric suggested that Iran was prepared to walk away from the talks not only over technical details or legitimate grievances, but also over a matter of “national pride,” which he insisted that no official would compromise, even if it meant the lifting of sanctions that have crippled the Iranian economy.

The pursuit of Khamenei’s economic immunization was alluded to in the North Africa Post’s reporting on recent trade relations between Iran and Oman – relations that the Iranian ambassador to Oman says have grown rapidly in the past two years. Some analysts believe that Iran’s pursuit of this growth is part of a scheme to develop local trading partners and sources of hard currency as a way of circumventing or compensating for sanctions.

But growth in trade relations specifically with Oman – growth that has apparently reached to one billion dollars – is a source of concern for the West and for Iran’s adversaries not only because it signals the possible weakening of sanctions but also because it may contribute to Iran’s further political influence in that country as well.

In November, Iranian officials including Member of Parliament Ali Riza Zakani claimed that Iran had effectively taken control of Sanaa, the capital of Oman’s immediate neighbor Yemen. Since then, concerns have remained strong that Iran was angling to support and influence Shiite groups in Oman as it had done with the Houthi in Yemen, and that these combined efforts would bring tremendous additional pressure against Iran’s main regional rival, Saudi Arabia.

Such expansionist efforts threaten US allies and they threaten US interests in the region, notwithstanding Iran’s contribution to the conflict against the Islamic State in Syria and Iraq. But this mutual conflict has been rejected as a possible source of broader rapprochement. In fact, Iran’s state affiliated Tasnim News Agency reported on Wednesday that a senior Iranian military commander had once again rejected the very concept of broader rapprochement between Iran and the US – a concept that has seemingly been embraced by the Obama administration in the US, albeit to little or no effect.

Iranian Armed Forces Deputy Chief of Staff Brigadier General Massoud Jazayeri told referred to the US as “arrogant,” to it and its allies as hegemonic and deceptive, and to the 1979 Iranian Revolution as an incident that brought the US “to their knees.” He ruled out the possibility of resumption of diplomatic relations with the US and redoubled Khamenei’s assertion that the US cannot be trusted, saying, “Any confidence in these governments would be the same as plunging into the abyss of destruction.”

Critics of President Obama’s policy toward Iran are prone to citing these indications of staunch antagonism toward the West among many high-ranking Iranian officials. Combative rhetoric by Jazayeri and others raises questions about Obama’s apparent effort to normalize relations with Iran and treat it as a potential partner in such regional entanglements as the conflict with the Islamic State.

Criticism of this endeavor appeared in the Los Angeles Times on Wednesday in an editorial penned by General Hugh Shelton, the former chairman of the Joint Chiefs of Staff. Shelton emphasized that the reasons for fighting IS are vastly different for Iran and for the US. “The mullahs’ interests are best served by the ascension of a subordinate Shiite leadership, enabling them to use the neighbor to the west as a springboard for their regional hegemonic, anti-Western designs,” he wrote.

Shelton went on to suggest that by partnering with Iran or enabling its expansionism in the interest of defeating IS, the United States would be ignoring the question of what subsequent crises might be left in the “smoldering wake” of the current one.