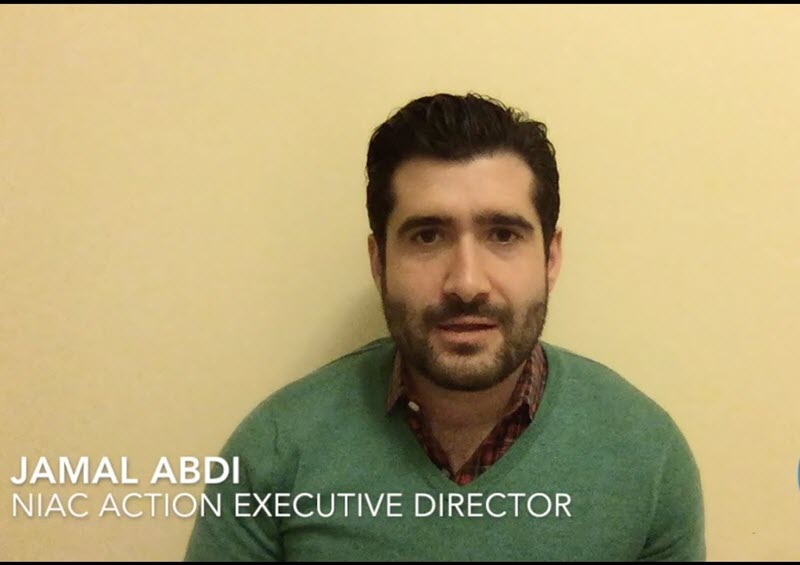 They’re even saying that Trump’s decision to pull out of the nuclear deal in May, citing that it doesn’t stop Iran accessing a nuclear weapon, is a precursor to all-out war and that the US will be solely responsible for Iran’s reaction to it.

NIAC President Jamal Abdi writes the withdrawal was all part of Trump’s big plan for war, which also includes the appointment of Mike Pompeo for Secretary of State and John Bolton for National Security Advisor to his “Iran war cabinet”.

The trouble with this notion is that it tries to absolve the mullahs from any responsibility, likening them to animals who cannot resist provocation. There are many huge problems with the Iranian Regime, but they do have free will and they can choose not to start a war that they would lose. The reality is that the responsibility for a US-Iran war does not lie with Trump, but with Supreme Leader Ali Khamenei.

Why is the Iran lobby so reluctant to admit this? Well simply, it’s because if they admitted that the Regime was responsible by this, then they would have to admit that the mullahs were responsible for the atrocities that they have committed across the Middle East (i.e. Syria, Iraq, Afghanistan, Lebanon, Yemen), around the world, and in their own country against the Iranian people. And the Iran lobby wants to protect the Regime from that at all costs. The narrative of war is nothing more than a PR strategy to deflect attention away from the mullahs.

The strangest thing is that no one in the administration has suggested war. They’re still relying on diplomacy, as Pompeo pointed out in a speech last month. Economic sanctions mixed with the freefalling Iranian economy will put more pressure on the Regime, increase the domestic unrest, and could lead to regime change by the people of Iran.

After all the Regime used the money gained from the nuclear deal to bolster their suppressive forces, prop up the Bashar Assad regime in Syria, arm terrorist groups across the Middle East, while leaving nothing to protect the Iranian people. The people are rising up against the mullahs and will be pushed over by the collapse of the nuclear deal.

That’s why the Iran lobby is also focused on keeping the nuclear deal alive with the rest of the signatories (Britain, France, Germany, China, and Russia) – there’s no hope of reviving it in the US. The NIAC even finished a letter begging Europe to remain in the agreement, with warnings of war between the US and Iran.

But, as you know now, only Iran is threatening war.