The Washington Post referred to various statements issued by White House officials on Monday in order to characterize both the rationale and the goal for the emerging economic pressures, which Secretary of State Mike Pompeo formerly promised would be the “strongest in history.” The Trump administration has declared that it intends to compel Tehran to accept a new alternative to the Joint Comprehensive Plan of Action, and one that includes restrictions not only on the Iranian nuclear program but also on missile development and destabilizing activities in the broader Middle East. Officials also highlighted the larger but more vaguely defined goal of fundamentally changing the behavior of the Iranian government.

Such language seems to be encouraging further speculation about the possibility that the administration’s ultimate goal is regime change in Iran, something that the White House has denied in the past and continued to deny on Monday. But the purveyors of those denials also used that day as an opportunity to highlight the deep-seated problems with the existing regime and the means by which its behavior contributes to economic problems and the suffering of the Iranian people, even in absence of full-scale sanctions.

The Washington Post quoted one official as saying that “foreign investors in Iran never know whether they are facilitating commerce or terrorism.” This situation persists in large part because of the extensive role of the Iranian Revolutionary Guard Corps in the Iranian economy, a role that has, by some accounts, given the hardline paramilitary control over more than half of the country’s gross domestic product. Government corruption reportedly contributes further to the deprivation of the ordinary population, and both of these factors have been highlighted by recurring, large-scale protests in various Iranian localities. 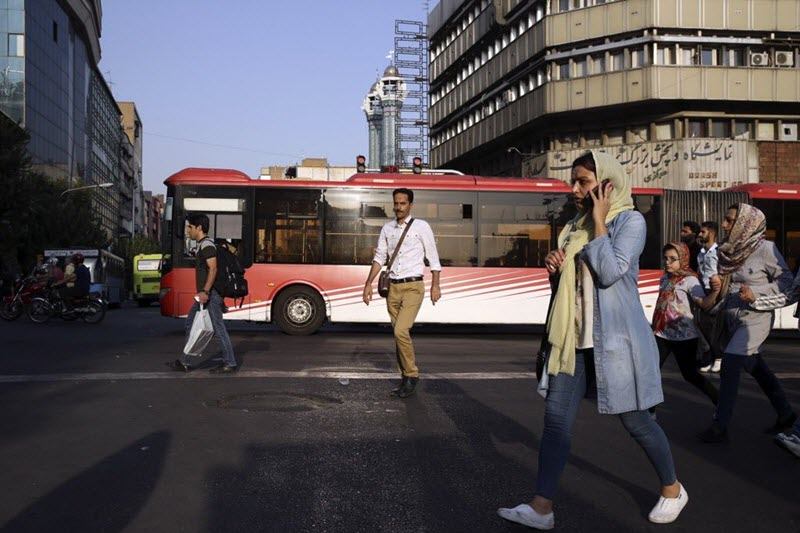 These protests were also highlighted by American officials on Monday as they underscored the administration’s previously-declared support for anti-government activism, while still denying that their goal is to encourage the participants in ongoing protests to pursue regime change. However, groups like the National Council of Resistance of Iran have eagerly declared that they believe a nationwide uprising that was embraced by President Trump at the beginning of the year was a major step in the direction of regime change. Meanwhile, according to the Los Angeles Times, a number of experts have concluded that the Trump administration’s policy is tantamount to promoting regime change, even if that goal is not declared.

The L.A. Times report quoted one anonymous official as saying that the renewed sanctions were intended to counter the Iranian regime’s “demonic ambitions.” And another report by the same source highlighted several provocative remarks by Secretary of State Pompeo, referring to the regime’s leaders as “bad actors” and stating that the US is demanding Iran become a “normal country.” Although Pompeo steadfastly avoided the phrase “regime change,” he did emphasize that “enormous change” would be needed from Tehran before the president would consider stepping back from sanctions. In the meantime, according to the Washington Post, the administration intends to use these pressures “aggressively” and to maintain them as an important pillar of US strategy in dealing with the Islamic Republic.

The same report describes Pompeo as being effectively dismissive of the critical response coming from Europe as the world counted down the hours until the re-imposition of US sanctions. The Secretary of State pointed to the fact that numerous European-based companies have already exited the Iranian market in anticipation of this change, and so he rejected the notion that a lack of participation by European governments would diminish the effect of the sanctions.

The Associated Press reported on Monday that the European Union had announced the preparation of sanctions blocking measures that would penalize companies for complying with the relevant American sanctions. Those measures are reportedly scheduled to go into effect at the exact same time as the sanctions themselves, at midnight Eastern Standard Time. Additionally, the EU’s head of foreign policy Federica Mogherini was joined by the Foreign Ministers of JCPOA signatories Germany, France and the UK in issuing a statement expressing their “regret” for the sanctions snap-back, which effectively finalizes the US withdrawal from the deal.

The European dissent on this topic was arguably underscored by a Market Watch report pointing out that the French-Italian aircraft manufacturer ATR had delivered five airliners to Iran just in the hours before the sanctions were set to come back into effect. On the other hand, this could easily be regarded as the company’s last foray into the Iranian market before withdrawing in compliance with the sanctions, thereby joining the various other companies that were highlighted by Pompeo.

In accordance with this latter view, The Atlantic declared that the largest firms would surely be going along with the American measures regardless of European dissent. The article did, however, allow for some optimism among defenders of the JCPOA, which Iran has sworn to walk away from if it ceased to recognize economic benefits under the deal. As the benefits coming from Europe shrink, it is possible that China will compensate, especially in the midst of its trade war with the US.

Yet the focus of the Atlantic article was the greater problems that law ahead for the Islamic Republic as the sanctions come back into force. And the article generally agrees with the Trump administration in pointing out that the existing problems stem from Tehran’s own behavior and not primarily from foreign pressure, as Iranian officials would have their supporters believe. Among those problems is the loss of tens of billions of dollars to foreign conflicts in Syria, Yemen, and elsewhere, as well as the seemingly chronic mismanagement of a currency crisis that has seen the Iranian rial lose half its value in a matter of just a few months.

The Atlantic predicts that the rial will be even more destabilized as the sanctions come back into effect, especially once the oil and banking sanctions join the current package in November. This prediction certainly seems accurate in view of the AP report that indicates the Iranian Central Bank is lifting the measures that it had previously imposed as part of a desperate effort to staunch the decline in the rial’s exchange rate against the dollar. The Central Bank is now prioritizing the acquisition of foreign capital, and so it has reopened currency exchanges that were shuttered as early as March. The new head of the institution, Abdolnasser Hemmati, also indicated that the government would not interfere in setting black market prices, even though it had previously attempted to freeze the exchange rate at 42,000 rials to the dollar. 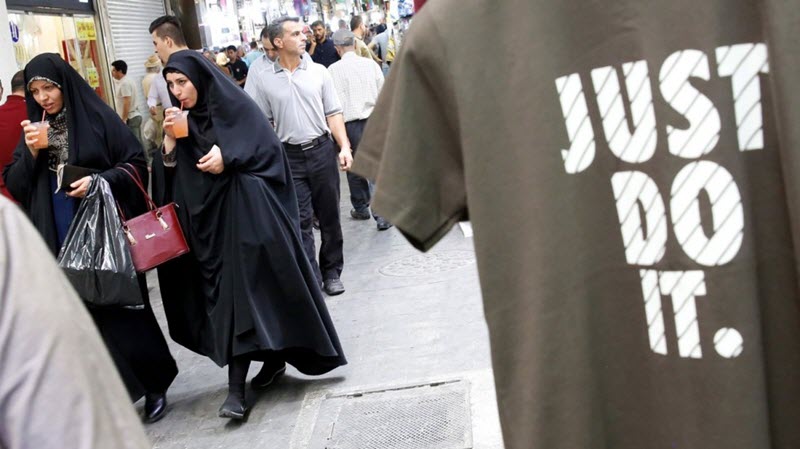 Despite the obvious danger of further declines following the implementation of the new Central Bank strategy, Hemmati made a concerted effort to portray the change as a sign of Iranian strength. “We are facing an economic war and the U.S. government is restoring sanctions and also trying to increase them,” he said. “But our government is powerful … and is capable of opening up the foreign currency market on the same day.”

Such commentary is reminiscent of the rhetorical exchanges between President Trump and his Iranian counterpart, Hassan Rouhani. In July, Trump publicly speculated that the Iranian government would eventually contact his office to ask for a new deal, but Rouhani’s Foreign Ministry countered by suggesting that the Islamic Republic would weather the sanctions until Trump turned out to be the one reaching out.

In a certain sense, though, Trump has already done so. Not long after warning of “consequences the likes of which few throughout history have ever suffered before” if the Rouhani government threatened the US, Trump stated that he would be willing to meet with Rouhani at any time, essentially without preconditions. And according to Market Watch, the White House reiterated this message on Monday. 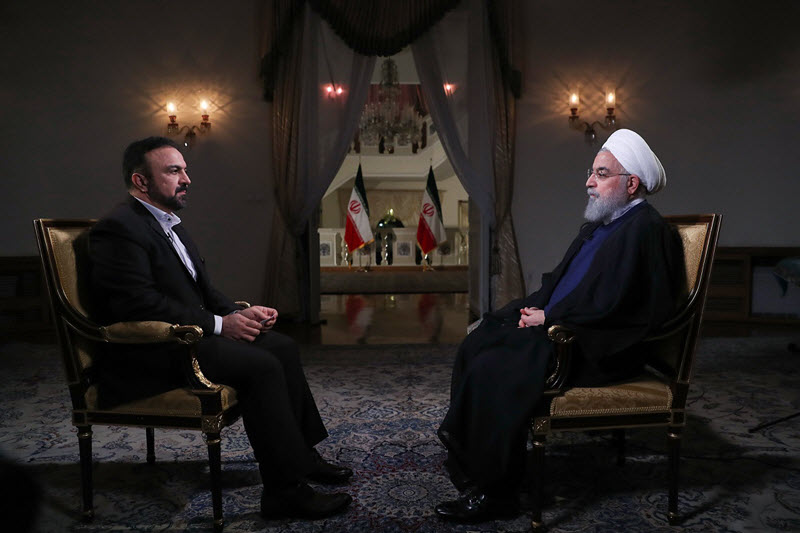 Yet it is unclear whether the Iranians will respond favorably to the invitation, as opposed to continuing their efforts to project an image of strength and imperviousness. In fact, Newsweek recalled on Monday that Iranian Supreme Leader Ali Khamenei has evidently been enforcing a strategy of non-engagement with the US government, even in instances where this seems to create more dangers to Iran’s economic and political situations. What’s more, the same Newsweek article points to a visit to Tehran by the North Korean foreign minister as possible evidence that the re-imposition of US sanctions is actually pushing the Islamic Republic toward a closer embrace of other enemies of America.

If this trend continues, it may very well provide the US government with additional tools for portraying Iran as a threat to global stability and thus for selling European partners on the need for expanded pressure tactics.
Alternatively, or in addition, the growth in Iranian interaction with fellow rogue regimes may provide the White House with additional incentives for pursuing an unofficial policy of using such pressures to encourage regime change at the hands of the already highly restive Iranian people.