Home News Sanctions US Victims of Iran Terror to Receive Compensation, but Iranians have Little... 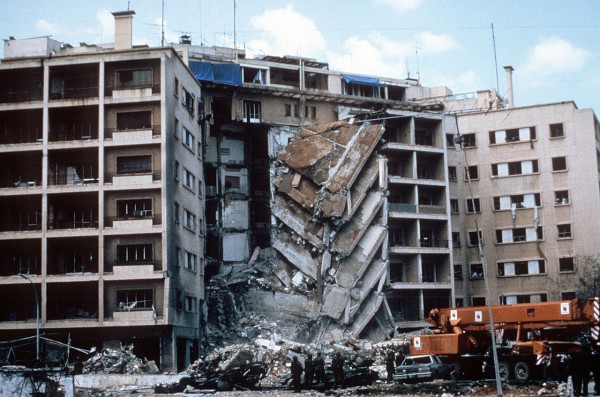 The decision brings an end to a legal challenge that was initiated by Iran’s central bank, and can be expected to lead directly to legal compensation for more than 1,300 individuals, including the families of 241 US service members who were killed in Hezbollah’s 1983 bombing of the US Marine barracks in Beirut.

IranWire also reported upon this story on Wednesday, providing some detail regarding the mechanisms and legal background for the US recouping funds from Iran in the wake of rulings in American courts. It noted, for instance, that the principle of sovereign immunity usually prevents such cross-border enforcement, but can be waived within the US legal system in cases of terrorism or crimes against humanity.

But the IranWire report also notes that the latest judgement and the expected seizure of assets are not without controversy. This is not to say that there is any serious doubt about the legitimacy of victims’ claims to compensation from Iran, which is widely regarded as the world’s leading state sponsor of terrorism. Rather, some people who could have similarly legitimate claims decline to file them in American courts.

IranWire reported that the Iranian people cannot expect to have any say over their money as long as the existing regime is in place. “If you argue that you should wait until a democratic government rules over Iran,” he continued, “I will respond, what about the victims of the human rights violations of the Iranian government?”

On the other hand, the Supreme Court ruling only impacts people who either are from the US originally or fled the Islamic Republic in time to gain access to American courts in the midst of the legal battle over compensation.

Those abuses continue to be highlighted in media reports and the communications of international activist organizations. The foremost issue in most of that reporting is the world-leading rate of executions in the Islamic Republic, which led to nearly 1,000 hangings in the year 2015 alone.

The Iran Human Rights website pointed out on Tuesday that this problem apparently remains as severe now as it was then. Specifically, the site notes that at least 30 executions recently took place during just a 10 day period. Previous reports from sources like the National Council of Resistance of Iran have highlighted instances in which several inmates were put to death at once in a single prison. Eight prisoners were hanged in Rajai Shahr prison while Italian Prime Minister Matteo Renzi was visiting Tehran, thus contributing to the perception that Europe is neglecting human rights in favor of trade agreements.

To whatever extent this perception is accurate, the neglect of human rights in the Islamic Republic involves the neglect of much more than executions. Other issues include the overall condition of Iranian prisons and the treatment of inmates in the general prison population, and especially the country’s many political prisoners.

These conditions and this treatment regularly result in Iranian prisoners engaging in long hunger strikes to call attention to their cases. The Human Rights Activists News Agency reported on Tuesday that several prisoners in Tehran’s Evin Prison had surpassed 10 days on a hunger strike protesting harsh conditions in the prison.

But another HRANA report on the same day seemed to highlight the authorities’ likely disregard for the effects of such action. It indicated that a number of prisoners in Zahedan Prison had effectively been subjected to a forced hunger strike, as the lack of adequate quantities and quality of food has caused a number of them to suffer from acute malnutrition.

Such stories go to show that Iran’s prison conditions contribute to the degradation of prisoners’ health. And this situation is made even worse by the fact that prisoners, especially political prisoners, are routinely denied access to medical treatment. This has in turn become the subject of other hunger strikes, such as that of Hossein Ronaghi-Maleki, who was recently transferred to hospital after 19 days on a hunger strike that he started in protest against his lack of access to essential medical treatment.

In other cases, treatment has been granted only after its long-term denial resulted in the severe worsening of treatable conditions. One notable example is that of Omid Kokabee, a physics graduate student who has served more than five years in prison so far over his refusal to participate in an Iranian weapons project.

Kokabee has suffered kidney problems during much of that time but has been routinely refused access to hospitals or proper examinations. An Iranian human rights groups reports that when Kokabee was finally permitted to undergo a sonograph, it was revealed that he had a malignant tumor which could have otherwise been uncovered much sooner. It is unclear whether he will now be released to hospital to undergo a nephrectomy. His lawyer noted that any delay in such a transfer “could result in irreparable harm to this young man.”