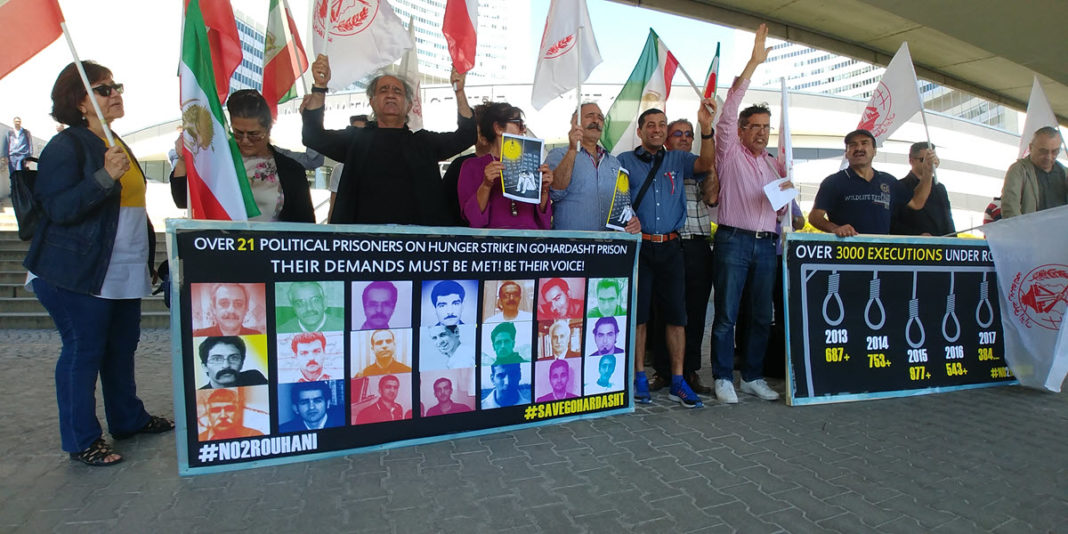 Fifty Iranian citizens who lost a family member during the mass executions have written to Asma Jahangir, the UN’s special rapporteur on the human rights situation in Iran.

They asked her to collaborate with the UN’s Working Group on Enforced or Involuntary Disappearances to find out the truth and force the Iranian Regime to acknowledge the crime.

The letter also demands those responsible be tried in the International Criminal Court, and be charged with violating both Iran’s constitution and the Universal Declaration of Human Rights.

However, the signatories, who all live in Iran, are risking their freedom and perhaps their lives by signing the letter.

The Iranian Regime began massacring their opponents immediately after seizing power in 1979; sentencing them to death after show trials in which the accused were allowed no defence.

The worst of these massacres was in 1988, where around 30,000 lost their lives. Some organisations put the numbers significantly lower but that’s only because the Iranian prison system is so secretive, it is hard to know how many were imprisoned in the first place.

It is reported by informed sources that: “In many cases, victims had already been given prison sentences, and some of those executed had even completed their sentences at the time of their deaths.
The true number of dead, however, is still unknown, since the executions were carried out in secret. Their bodies were buried in mass unmarked graves, mostly at Khavaran Cemetery in southeastern Tehran, and the families were not informed.”

The Regime will certainly not divulge any information about the massacre; the Iranian people have made serval futile attempts over the years but the Regime is not bending.

The Regime is still imprisoning people for releasing information about the massacre as was the case for Ahmad Montazeri.

It is noteworthy that: “In August 2016, the office of the late Ayatollah Montazeri, once Ayatollah Khomeini’s heir apparent, released an audio file of a meeting between Montazeri and the “death panel” Khomeini had selected to carry out the executions…. Montazeri voiced his strong objection to the plan, and said that Khomeini would be remembered as a “bloodthirsty murderer” if he allowed it to go ahead. Authorities sentenced Montazeri’s son Ahmad Montazeri to 21 years in prison for his role in making the clip public, but the sentence was later suspended.”

They are also imprisoning people for asking what happened to their family members, as was the case for Maryam Akbari-Monfared.

additionally: “In February 2017, a political inmate at Evin Prison serving a 15-year sentence urged the UN to question the Islamic Republic on the cases of her brother and sister, who were both secretly executed in 1988. The prisoner, Maryam Akbari-Monfared, had originally filed a formal complaint with Iran’s Judiciary in September 2016, demanding an investigation into the extrajudicial executions of her siblings, Abdolreza and Roghieh Akbari-Monfared. After receiving no response from the judiciary, Akbari-Monfared appealed to the UN Working Group on Enforced and Involuntary Disappearances.”

The Regime is harassing people who are just trying to mourn their loved ones.

The letter from the families read: “We have been deprived of the freedom to hold commemorative ceremonies at our homes, so we have chosen to meet at a deserted and unmarked cemetery and keep their memory alive… Many family members of those killed have been threatened and arrested or have been expelled from their jobs. This situation continues.”

It is clear that the Iranian Regime must be brought to justice; they continue to execute their opponents and imprison those who question them. Every day that this massacre goes unpunished, more lives are lost to the bloodthirsty Regime.