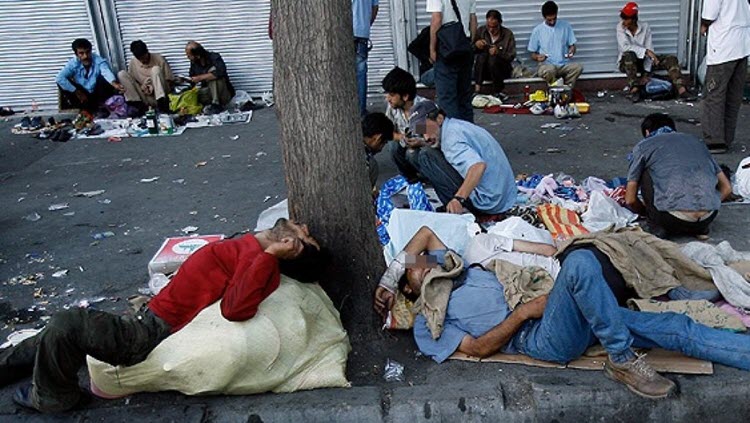 Meanwhile, the issue of its nosediving economy, remains unresolved. The Iranian Deputy for Social Affairs claimed that the reason for this is that there are too many organizations involved, without adequate coordination among them.  Earlier this month, a state TV program on the topic made similar assertions.

Several studies have reported that Iran’s economic problems have now escalated to the point where the middle class in Iran is vanishing.

“One of the simplest methods thought about by each official after they come to office is to round up such individuals. There was hope to resolve this issue from our society, yet due to known reasons these individuals have only been seen fleeing and returning to the streets. In the past 12 months, there have been many different plans and efforts launched by the municipality and the police, most leading to nothing but failures,” the Salamat News website added.

Admitting that the practice of rounding up people and holding them in special centers is not an appropriate solution to the problem, many Iranian officials now acknowledge that the real solution lies in major economic reforms that will improve living conditions through for the people of Iran.

Whether or not these opinions will filter up to the regime leaders, who have spent billions in the nuclear program and the war in Syria, the hope is that media based suggestions will push Tehran in this direction.