The severe shortage of specialist doctors in Iran is one of the problems of the Iranian health system these days, which is felt more and more during the coronavirus era. A look at the per capita physician in Iran reveals new realities in the health system and monopoly in this field.

A look at the per capita physician in Iran reveals new realities in the health system.

According to the statistics of the Organization of the Medical System, Iran has 45,233 specialist physicians, which is equivalent to 5.3 physicians per 10,000 citizens! This means that there are less than six specialist doctors for every 10,000 people in Iran, while many developed countries and even regional states have a population of more than 20 specialists per 10,000 people. 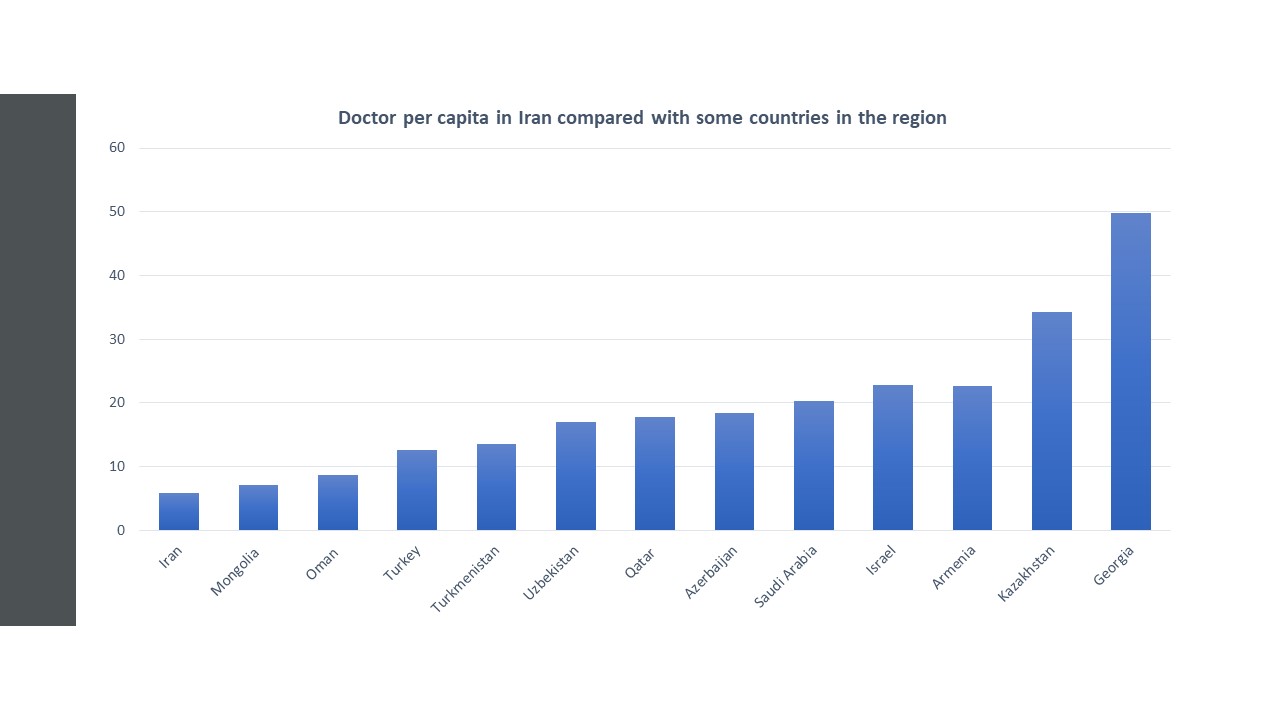 The lack of a doctor is more apparent in critical situations such as the coronavirus; Lack of sufficient staff to address the situation of patients on the one hand and pressure increase on the medical staff on the other hand, leads to critical situations and the health system does not have good resilience to the disease and the quality of medical services are also be reduced.

The low per capita number of physicians in the country, in addition to the negative consequences it has on the health system, leads to a decrease in people’s access to medical services and a reduction in the time of visiting patients; an issue that many people are complaining about these days.

The minimum standard visit time is about 15 minutes, while in Iran, the average time for a visit by a doctor is less than five minutes. 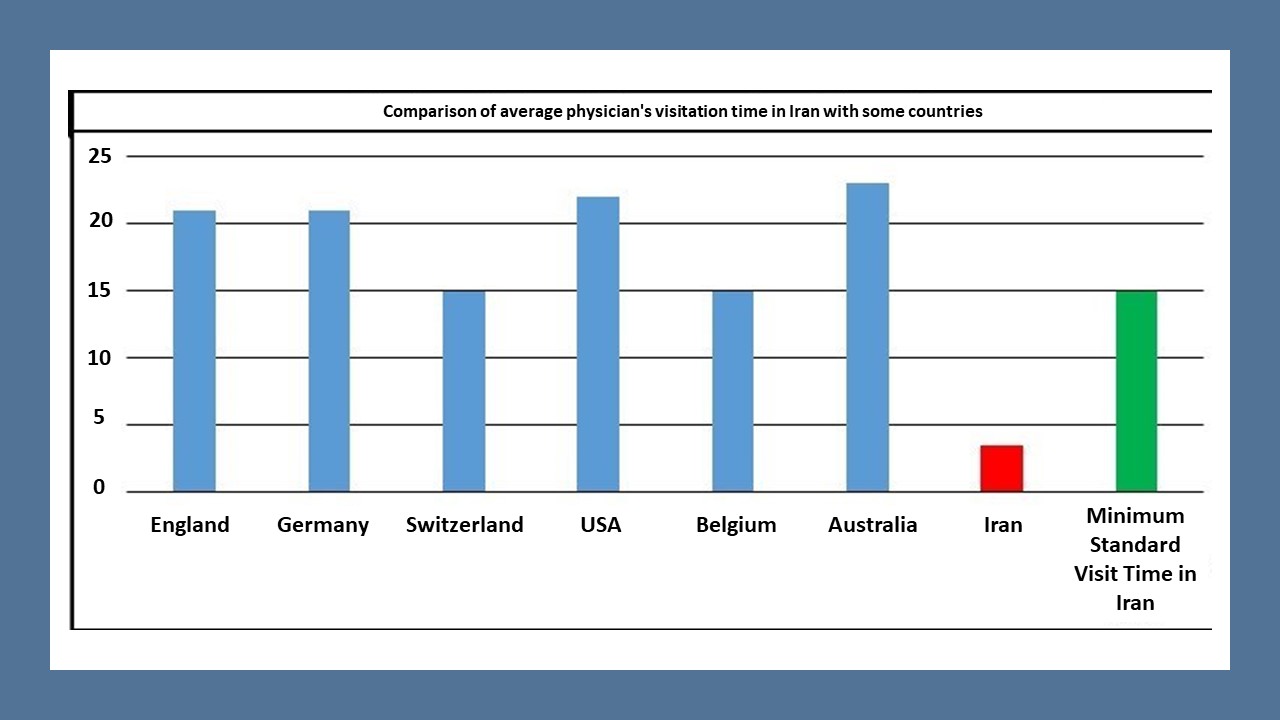 One of the most affected regions in Iran is Sistan and Baluchestan province. One of the severe examples of doctor shortage is the city Saravan which is the farthest or easternmost city of the country. Saravan is 250 km away from Zahedan, the center of the province, where medical services are offered at specialized and sub-specialized levels. People are forced to travel on subways between Saravan and Khash to access the doctor, which has a very high number of accidents in this area, and in recent years there were several accidents leading to death and permanent disability in this area.

In the last few years, the centers in this city, where three doctors should be located have had only one doctor 80 percent of the time. In Saravan, there are two doctors for every 10,000 people. This per capita of two doctors is unstable and doctors do not have a permanent presence in these areas.

The statistics that the Ministry of Health says about the number of doctors are not wrong, but these numbers do not mention quality and access at all. For example, they announce that there are four doctors, but these doctors come for 4 hours, visit and return. Unfortunately for the government, providing services to these areas is not a task but is working to rule.

Another county which is Sirkan is about 250 km or three hours away from Saravan, and this city has only one doctor. There are also clinics that are empty in the border areas of the province, such as Keshtegan or Dehshk.

And people from the Bam Posht county, which is one of the environs of Saravan, go to Pakistan to reach a doctor.