Iranian President Rouhani’s advisor in water, agriculture, and environmental affairs told the state-run website Aftab News in July 2017, that 70 percent of Iranian people –almost 50 million people – must migrate to save their lives if the water crisis continued.

Without potable water, or water for irrigation, people must abandon the drylands for other places, leaving deserted villages behind. They are moving from the southern and central regions toward the green lands of Mazandaran province in northern Iran.

More than 5.5 million people migrated internally in Iran between 2006 and 2011, according to official reports by the Presidential Deputy in Strategic Planning and Control. The report also indicates that 78 percent of those migrated to cities, while 22 percent chose to live in villages. The majority of migrating people are from provinces of Kermanshah, western Iran, Khuzestan, Lorestan in the south-west, Bluchestan in the south-east, and Fars in southern Iran. They are moving to Northern provinces of Tehran, Alborz, Isfahan, Gilan, and Mazandaran.

The policies of, and mismanagement by, Iran’s dictatorship has pushed Iran to a crisis — villages are being deserted and the agriculture is ruined. Migration to western and eastern cities near borders is causing overpopulation of cities.

Migration has hit Khuzestan province in southwest Iran the hardest. Member of Iran’s Parliament, Parvaneh Salahshoor, revealed that “400,000 people have left Khuzestan for northern provinces.” The state-run news agency IRNA quoted her as saying, “10 percent of Khuzestanis have left the province.”

Of the 8,000 villages of Fars, southern Iran, 4,000 are deserted due to the water crisis, according to the rural affairs directorate.

Reports indicate that the green lands of Mazandaran province are now experiencing a lack of water.

In fact, the Secretary of the Waste and Environment Working Group of Mazandaran declared that 100 percent of underground waters and 70 percent of surface waters of Mazandaran are being exploited. He warned that millions of people would migrate to the province in the near future.

The managing director of Mazandaran water also said that the province is heading toward a crisis in providing water, as 80 percent of Mazandaran’s water sources are now being used for irrigation.

The regime has announced no plans for managing the crisis. Instead, it spends billions of dollars on expanding terrorism and proxy wars. No budget is allocated to the basic needs of the Iranian people.

The water crisis, which is known as the “massacre of the environment,” is the most dangerous environmental threat to the Iranian people. The irregular dam construction and unlimited drillings contracts have brought long-term damage to Iran’s environment.

Since early this year, Iran’s uprisings and unrests continue to escalate. Protesters raise their voices against the regime’s policies on the water crisis. The Iranian people believe that water crisis and lack of freedom in Iran are connected, and are calling for regime change in Iran. 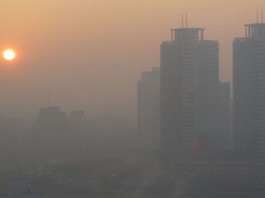 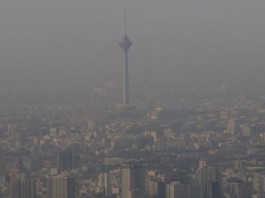