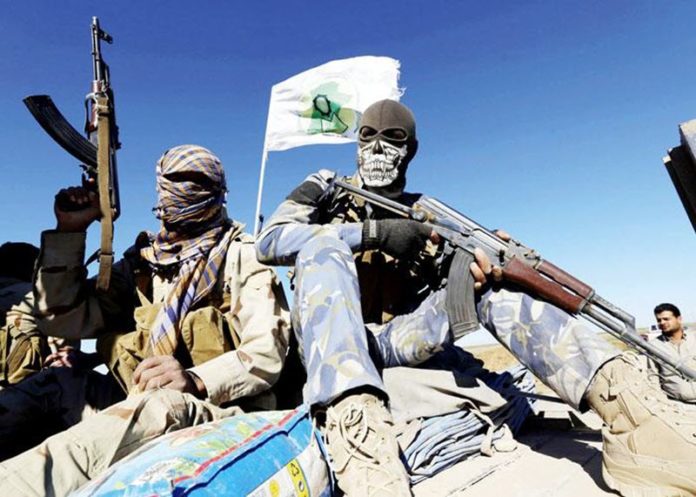 The Trump administration has recognised that Iran and its numerous proxies are a major threat to peace and security in the Middle East (and further afar) and it is taking steps to limit the Iranian regime’s reach.

The US State Department has just announced that the al-Ashtar Brigade (AAB) that is based in Bahrain is being listed as a terrorist organisation. The group is a proxy of the Islamic Revolutionary Guard Corps (IRGC) and the State Department is saying that its members were trained at camps in Iraq. The Iranian regime is said to fully fund the group.

Earlier this week, Nathan Sales, the US State Department’s Coordinator for Counterterrorism, said that the United States is well aware of the Iranian regime’s activities and it is going to do what it can to stop the spread of terror. Sales said: “Al-Ashtar is yet another in a long line of Iranian sponsored terrorists who kill on behalf of a corrupt regime. Today’s designation serves notice that the United States sees plainly what Iran is trying to do to Bahrain through its proxy, the terrorist group Al-Ashtar.”

Sales also said that the al-Ashtar Brigade took on the IRGC’s branding at the beginning of the year, leaving no doubt about the links between the group and Iran’s notorious IRGC. The State Department’s Coordinator for Counterterrorism said that Iran has provided the members of the group with weapons and explosives and explained that the training was done at IRGC camps in Iraq. Furthermore, he pointed out that senior members of the group have “taken refuge in Iran to evade prosecution by Bahraini authorities”.

The al-Ashtar Brigade has already been designated as a terrorist organisation by several other countries including the United Kingdom, the United Arab Emirates (UAE), Egypt, Saudi Arabia and even Bahrain.

The authorities in Bahrain have been trying to combat the rise of such proxy groups in the Kingdom for several years now. It has noted a large increase in people linked to malign forces and influences in Iran and it is actively monitoring the situation.

Bahrain designated the al-Ashtar Brigade as a terrorist organisation last year and it notes that the brigade has admitted responsibility for a number of violent attacks on security personnel and innocent civilians, as well as damaging private and public property in the kingdom.

The Bahraini authorities have commended the United States for taking such action.

The al-Ashtar Brigade is the first Iran-backed Shiite militia that has been sanctioned by the Trump administration. Several members of US Congress have called for more attention to be paid to the situation in Iraq, especially with regards to the provision of weapons. The calls come after photos of a Hezbollah flag was seen raised above an M1 Abrams tank.