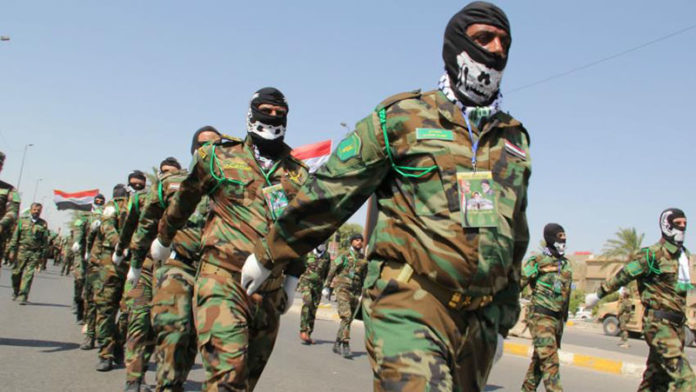 Iran regime’s President Rouhani met with his counterpart in Iraq. He said the purpose of his visit was to build better relations with the country and took the opportunity to criticise the U.S. sanctions that have recently been imposed, describing them as “unjust”.

The U.S. Special Representative for Iran accused the Iranian regime of trying to turn Iraq into an Iranian province – an accusation that no Iranian official could convincingly deny. Rouhani met with Iraq’s Grand Ayatollah Ali Sistani. The religious relations between the countries are close and the economies of the two countries are starting to entwine.

Iran has supported the Lebanese Hezbollah group since the eighties. It has provided Hezbollah with a huge amount of funds over the years and with both a political and paramilitary section, Hezbollah provides Iran with serious links to the leadership of Lebanon. Iran and Hezbollah have both been heavily involved in the Syrian civil war – supporting Syrian dictator Bashar al Assad and his regime along with Iraqi Shiite militias. Working closely with Hezbollah, the Shiite militias from Iraq have said that they will assist if there is any future conflict with Israel.

To curb the Iranian regime’s threat, the United States has been cracking down on the proxy groups and militias that are linked to Iran. The U.S. recently sanctioned Harakat Hezbollah al-Nujaba – an Iraqi Shiite paramilitary group. And it was also recently announced that the United Kingdom would be sanctioning Hezbollah’s political wing, meaning that the whole group would be classed as a terrorist organisation. This has been a major blow to the Iranian regime.

The Iranian regime has tried to justify its interference and meddling in other nations as necessary and crucial in the fight against the Islamic State (ISIS). However, the war on ISIS is drawing to a close and the Iranian regime is finding itself in a difficult situation. Its presence in Syria is becoming increasingly displaced and the country is trying to reconstruct itself after years and years of war and destruction. In Iraq though, the Iranian regime is not being turned away. Yet.

The United States is certainly trying to stop Iran advancing in its regional goals and U.S. allies in the region are standing alongside the U.S.

President Trump has been maximising pressure on the Iranian regime, especially with the use of economic sanctions as a bid to cut Iran off from the funds that it used to finance terrorist groups and activities.

The people of Iran have also been calling on the regime to stop plotting abroad. However, they can also see that the regime will never change and this is why they are calling for regime change – something that would benefit the region as a whole. And the international community.