On July 13, 1989, forty days after the death of the Islamic Republic’s founder Ayatollah Khomeini, Dr. Abdolrahman Qasemlou, the leader of the Iranian Kurdish Democratic Party, was assassinated. It was soon determined that he had been shot three times at the negotiating table by the chief of the delegation that had come from Tehran to conduct secret negotiations with Qasemlou. 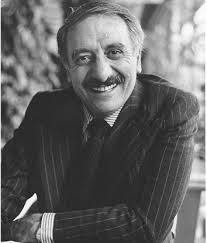 At the time, Ali Akbar Hashemi Rafsanjani was the President of the Iranian regime and the head of the Supreme National Security Council (SNSC) which is the highest decision-making organ on military, political and security issues. SNSC is composed of the heads of three government branches, two representatives of the supreme leader , ministers of interior, foreign affairs and intelligence, the Chief of Staff of the armed forces, and commanders of the Revolutionary Guards and the military, among others. The decisions made by this organ are directly approved by Supreme Leader Ali Khamenei .

Rouhani was the Secretary of SNSC at the time of the assassination and was personally aware of the plot.

The assassination of Qasemlou was the first in a series of assassinations of the Iranian opposition abroad during the tenure of President Rafsanjani’s. This and other terrorist acts had been approved by the SNSC.

Around the time of the operation, Manouchehr Mottaki, the Iranian deputy foreign minister on Western European Affairs, repeatedly summoned the Austrian consul in Tehran and threatened the lives of Austrian diplomats and the embassy staff . The plan was to shoot dead Qasemlou and his two companions during trusted negotiations. The regime’s negotiating team included Mohammad Jafari Sahraroudi, Mostafa Haj Ajvadi and Amir Mansour Bozorgian (Ghafour Darjazi). Sahraroudi was injured during the operation and transferred to the hospital. Bozorgian was arrested only to be released in 24 hours and took refuge at the Iranian embassy in Vienna.

Additionally, Ali Akbar Velayati, who was then the Iranian foreign minister, sent messages to Austrian officials saying that Iran was prepared to move forward from this incident and resume economic relations, but also threatening Austria that more extensive terrorist operations.

As such and despite the opposition of the Austrian Police, Austrian leaders ordered Mohammad Jafari Sahraroudi to be taken to the airport and sent back to Tehran. In a short while Amir Mansour Bozorgian also fled Vienna.

A while later, as investigations progressed, Austrian officials decisively concluded that the assassination in Vienna had been committed by the same team that was negotiating with the Kurds. Thus, on 22 December 1989, an international arrest warrant was issued for Sahraroudi and his two colleagues.