“Western countries think they have succeeded to create a new problem for Iran by reducing the price of oil but this will not put Iran under any pressure,” Rouhani said to a gathering at a stadium in Bushehr. The apparent escalation in tone may signify a more general change in strategy for the Rouhani administration, which was initially embraced as moderate by some in the West, but was described as merely “pragmatic” by others, many of whom cited his boasts about Iran’s continuation of nuclear development amidst previous negotiations with the West.

Potentially contributing to the perception that Rouhani is no longer working so hard to present himself as friendly to Western powers, Trend reported on Tuesday that the Iranian president plainly advocated for the breaking of international sanctions, saying that this would be the only way to secure economic progress and retain the nation’s independence and dignity.

This commentary raises questions about other steps that Iran could take to get its way in nuclear negotiations, especially in light of the fact that Supreme Leader Ayatollah Ali Khamenei has effectively ruled out compromise over such issues as Iran’s level of uranium enrichment. At LobeLog, Francois Nicoulaud considers one such possible step, suggesting that Iran might withdraw from the Nuclear Nonproliferation Treaty, citing supposedly unfair and discriminatory treatment by the parties attempting to curtail Iran’s nuclear program.

Nicoulaud argues that such a move might actually be met with sympathy from other nations of the world – a claim that reflects on concerns expressed by the Obama administration and others that Iran might be able to effectively blame the US for the failure of negotiations in the event that they do not result in a final agreement.

But this narrative does not appear to have discouraged members of the US Congress, many of whom are pushing for legislation that would trigger new economic sanctions only in the event that Iran reneges on its obligations or fails to compromise. Presumably these Congresspersons expect that any Iranian narrative about US culpability could be countered by reference to the facts of the case, including Ayatollah Khamenei’s public statements disregarding reasonable compromises.

Furthermore, one might suppose that Iran’s narrative would be falsified or at least called into question by reference to Iran’s dependence on sometimes outlandish conspiracy theories and claims of victimization. Rouhani’s notion that the US is personally controlling oil prices is one example of this. Oil prices have fallen in recent months due in part to reductions in global demand. They have been held down in part by Saudi Arabia’s refusal to cut production, and while this has been said to be partly aimed at pressuring Iran, analysts have also suggested that it may help the Saudis to reclaim market share from the US. In either case, no one entity or group of entities can be said to be controlling oil prices for the sake of an anti-Iranian agenda.

But the oil price narrative is far from the strangest or least plausible conspiracy theory that Iran has cited as part of efforts to demonize the United States. Examiner.com reported on Tuesday that Ahmad Esfandiari, the head of Iran’s Global Center to Support Human Rights released an official report on alleged human rights violations in the US, and that among these was the claim that the US engineered the Ebola virus in 1975 as part of a plot to kill blacks. 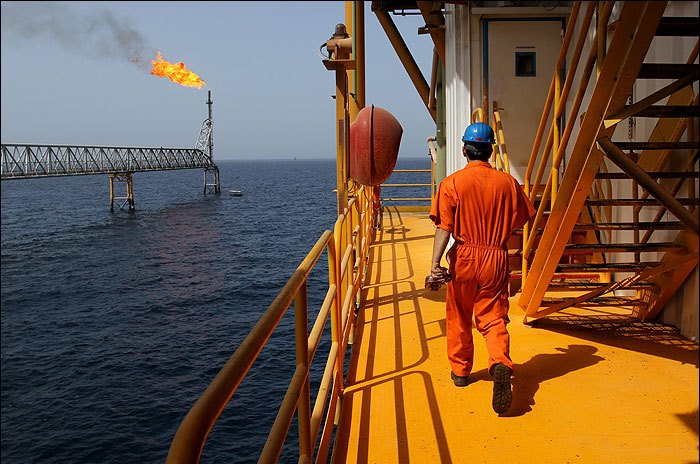 Efsandiari’s report also reported dramatically inflated numbers for the amount of African Americans killed by police in the US, in an apparent effort to piggy-back this report onto discussions of police violence that have been going on among the US public in recent weeks. It is not a unique strategy, in that Ayatollah Khamenei had previously used his Twitter account to make disparaging remarks about the US utilizing hashtags associated with that discussion. Khamenei had previously done this with feminist and women’s rights hashtags, as well, using them to criticize the US for “sexual sins.”

The co-opting of American protests against police violence presents those various isolated incidents as if they are part of an official policy of repression by the US government, which does not control municipal police forces. The narrative advanced by Efsandiari and Khamenei appears to attempt to create false equivalence between human tragedies in the US and systematic human rights abuses in Iran, where ethnic and religious minorities are officially barred from access to education, subject to imprisonment and possible execution for gathering in groups, and otherwise targeted with institutionalized repression.

It should be difficult for Iran to convince the global community that the US is at fault for diplomatic and human rights problems. These tendencies of the Iranian government are well recognized, as is the fact that they are not confined to within Iran’s borders. For instance, the Christian Science Monitor reported on Tuesday that while Iran’s growing influence in Iraq has helped to impede the advance of the Islamic State, it has also contributed to a different human rights crisis related to Iran’s support for global terrorism and regional Shiite militias.

According to the Monitor, “officials of Iraq’s Sunni minority say human rights abuses by the Shiite militias are as rampant now as they were five years ago.” The same report indicates that Iran has been consistently dismissive of the US role in that conflict, contrary to evidence that coalition strikes on more than 3,200 Islamic State targets have been instrumental in holding back the Sunni militants from Baghdad and Damascus. This raises questions about Iran’s more general willingness to cooperate, and its trustworthiness on the global stage.

These questions are further highlighted by the continued revelation of details of Iran’s influence in both Iraq and Syria. The Washington Free Beacon reports that Iran is now building and operating missile plants in Syria, and may be developing a nuclear facility as well. And far from being a conspiracy theory in its own right, this claim is sourced directly from Iranian officials including Iranian Revolutionary Guards Corps Aerospace Commander Haji Zadeh, who said in an interview, “Right now the missile manufacturing firms in Syria are built by Iran.”

The possibility of a nuclear facility joining these weapons plants gives credence to critics’ concerns about Iranian attempts to conceal its work from inspectors while it attempts to either force a weak agreement with world powers or else construct a narrative that blames the US for the failure of those talks. And yet, far from challenging that narrative by calling attention to Iran’s questionable activities the US State Department has explicitly stated that it will not bring up any of these Syria and Iraq-related issues in conversations with the Islamic Republic.

“The upcoming talks are about the Iranian nuclear program,” said State Department spokesperson Marie Harf. “We don’t discuss other issues with them at those talks, as you all know.”

Western critics of those talks may conclude that this apparent lack of pressure on Tehran leaves the Islamic Republic free to follow its current strategies, which apparently include advancing conspiracy theories to demonize the West while simultaneously building regional networks that will help Iran to evade Western pressure that may emerge later.

Related to this latter point, Gulf News reports that Iran has declared it will waive visa requirements for countries in the region if they first waive visa requirements for Iranians visiting them.  Iranian Deputy Foreign Minister for Consular, Parliamentary, and Iranian Expatriates’ Affairs Hassan Qashqavi specifically cited Kuwait as a possible example, leading Kuwait to clarify that it had not entered into any such agreement. The example may have been chosen because of Kuwait’s proximity to Iraq and its access to the Red Sea, both of which could further facilitate the flow of Iranian fighters into Iraq.

But meanwhile, while Iran strives to loosen restrictions on travel among potential allies, it continues to threaten and restrict visitors from perceived adversarial countries, sometimes justifying these restrictions with familiar conspiracy theories. Case in point, The Tower reports that Washington Post correspondent and dual US-Iranian citizen Jason Rezaian remains in prison in Iran after nearly six months, and still no details have been articulated regarding the case against him.

Rezaian has only been told that he is accused of five charges related to “activities outside the bounds of journalism.” But it is clear that his case reflects constant Iranian paranoia about foreign spying, especially on behalf of the US. Another US citizen, Amir Hekmati remains in prison on charges of collaboration with the US government, as does former physics graduate student Omid Kokabee. And although these charges are evocative of espionage, they do not rise to that level and no evidence has been presented to suggested that any of these individuals is a spy.