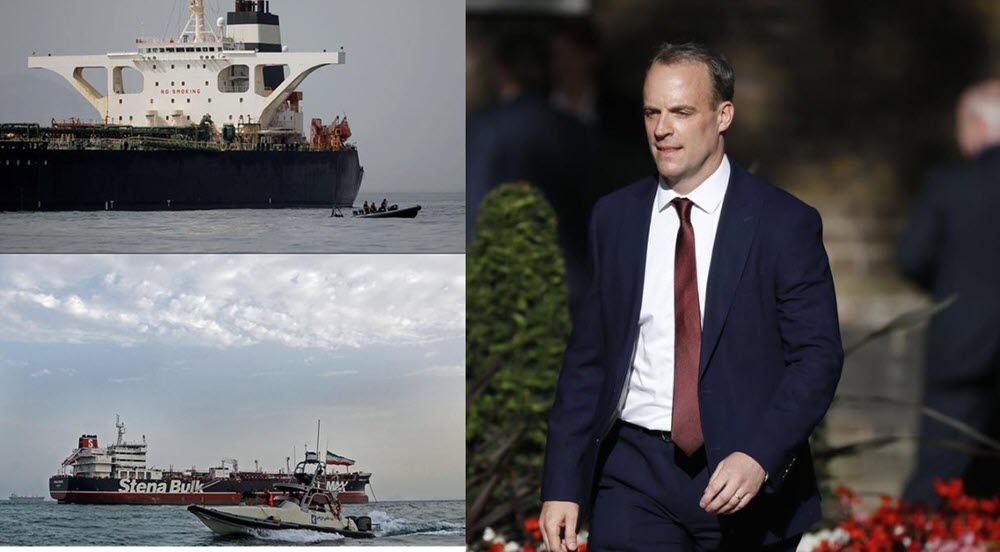 Iran responded furiously to the incident, describing it as an “illegal seizure”. However, the all legal processes were followed and it was a legitimate action to take in the enforcement of EU sanctions.

On Friday 19th July, Iran took retaliatory action by seizing the British flagged Stena Impero while it was sailing in Omani waters near the Strait of Hormuz. The vessel and its 23 crew are currently in the Iranian port of Bandar Abbas.

Iran claimed that its Islamic Revolutionary Guard Corps (IRGC) seized the vessel because it had collided with a fishing boat and failed to respond to calls regarding the incident, but there is no evidence to show this is the case.

Speaking to the Commons after an emergency governmental Cobra meeting, the then British Foreign Secretary Jeremy Hunt said that Iran’s move was an act of “state piracy”. He affirmed that Iran had illegally seized the Stena Impero, seizing it in Omani waters and forcing it to sail into Iran’s Bandar Abbas port.

Mr. Hunt also said that the “freedom of navigation” is a “vital interest” of every nation and extra measures would be put in place to guarantee the safe passage of vessels in the Gulf.

The new British Foreign Secretary Dominic Raab said during a radio interview that the United Kingdom is not going to release the Grace 1 vessel in exchange for the Stena Impero following hints from Iran that this was on the table.

Mr. Raab emphasised the British government’s current position on the matter, saying that “there is no quid pro quo” because the Iranian vessel was intercepted because it was breaching EU sanctions. He stressed: “The Stena Impero was unlawfully detained. So this isn’t about some kind of barter. This is about international law.”

However, Mr. Raab said that U.S. support will make the European-led initiative more viable and said that “ in reality it shouldn’t be some kind of geopolitical EU versus US tussle”.

Perhaps this is an indication that the United Kingdom realises that Iran’s belligerence cannot be met with any more appeasement.